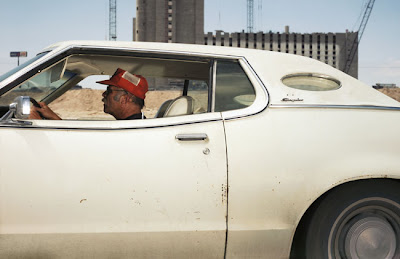 Man driving west at 23 mph down a yet-to-be-named dirt road, around lunchtime, during a construction boom in Las Vegas in June of 1989.
m
In early September I got an invitation from M+B Gallery in LA for a forthcoming exhibition titled Andrew Bush / Vector Portraits. I loved the title of the exhibition, and here on the invite were 5 horizontal photographs of people driving. I immediately liked these images. They were so obvious, but really held my attention...I couldn't stop looking at them. Did a quick search, realized a book was out and in this terrible economy ( personal and global ) did something I never do: fired away and ordered it. It held this vibration that made me think there really was something there.

Here's the concept: images of people driving made between 1989-1997. Like other projects such at Meetings by Paul Shambroom, it gains its power due to repetition. But there is something going on here with the minimalism: a driver, the metal wall of the car, the paint color, the backround. That is all the information we have. But looking at the images one after another, the whole project takes on epic proportions. The color of paint on metal starts to mean everything. Simple relationships become grand. Big questions come to mind....its so hard to explain who this simple series seems to become transcendent. I feared it was only me, but everyone I've shown it to ( photogs, artists, the Fedex Guy,etc...) seems to respond similarly to it. 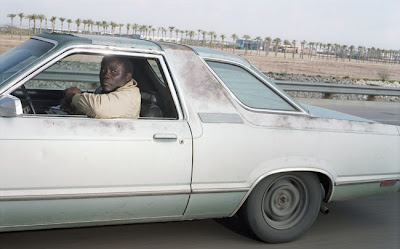 Man going northeast at 71 mph on Interstate 40 outside of Phoenix on a Monday morning in January 1991
m
Like Mark Rothko paintings or some other more abstract artform, it just seems to be a series that holds and reveals the secrets. The images from this project are like the things you see out of the corner of your eye while driving, now fixed and able to be studied and pondered. And the span of time he worked on the images was so impressive to me: 89-97, and they all carry the consistency of vision that make it seem like they could have been shot all in one year.

Unfortunately the book form lost the title "Vector Portraits" for the less esoteric title "Drive". Small complaint and I'm sure marketing steered that decision. But I can get past that. See more work from Andrew Bush HERE. Buy the book HERE.
m 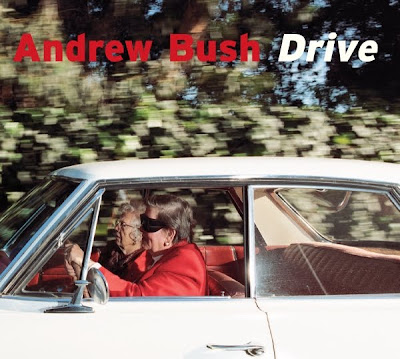 Posted by Timothy Archibald at 3:21 PM