Aline Smithson's popular blog LENSCRATCH is devoted this past week to photographs about Autism.
A sub-genre I never would have predicted defining itself, it is here and it's most likely not going away.
Featuring the work of Bruce Hall, Charles Mintz, Reathel Geary and myself. Not wanting to steal the thunder of LENSCRATCH, I'll let her showcase the work of these photographers. It's all great stuff to be found at the links below.
For me, ECHOLILIA has almost become the neighborhood kid I let play at the house and then next thing you know he is a teenageer living in the basement. The project certainly has a life of it's own that goes beyond anything I see in the work at this point. It's almost become simply a phenomena that I observe from the distance. I'm older, Eli is older and the world has turned.
Aline Smithson asked for an essay that didn't really introduce the project, but something that reflected on it. I wanted to share the essay here:

ECHOLILIA ended up being the project, as clichéd as it sounds, that literally changed everything for me. In some ways good, some ways not so good. But it did begin a domino effect that is still tumbling to this day.

A collection of photographs I worked on collaboratively with my son and all shot in our home, these simple photographs were raw and primitive. They reminded me of a beginning student’s photo project: simple props, window lighting, just a Dad making photographs with his son in this quiet child mindset. The results seemed to be photographs made out of nothing except the ability to pay attention and listen to someone else.

The results didn’t look like my photographs as all. But being the greedy artist I am, always looking for something new, I immediately took credit for these unusual looking images.

Being a photographer with contacts in the magazine and newspaper world, I was able to get this body of work in front of magazine photo editors with a brief introduction to our process, as well as my reluctant use of the word “Autism”, a term I was wary to admit to in the beginning. The internet sends messages to an unprecedented audience these days. As the series was published, I began receiving notes from parents as well as the kids themselves, from around the world, telling me that they are seeing their son, or themselves, in this series of photographs. Parents sent me snapshots of their kids that could have easily fit into the pages of my project: the notes, the body language, the in-door nudity, the hyper focus on an everyday object…parents around the world were snapping photographs of their autistic kid’s obsessions and behaviors. This was part of the process of trying to figure their kids out. It occurred to me then that I really had done nothing new with this project. I simply was doing what any parent would do, but I had an eye for good light and possibly a better camera.

Eli and I stopped photographing ECHOLILIA when we realized we were done. We had nothing left to discover together with photography…we had built a bridge of sorts and didn’t really need this tool anymore. My current series “Stereoscopy Photographs” looks at his brother’s role in the family, and how he has to navigate with this larger than life older brother that is tuned differently than he. Eli appears in this project at times, but this time it’s different. I’m no longer working with him. We did that already. At this point if he appears, I’m simply looking at him, as any parent would look at their kid. Just a photograph, nothing more. We don’t have to be digging for something. We can just be.

Tune into Autism Week on Lenscratch:

The History Of Photography, Chapter 782 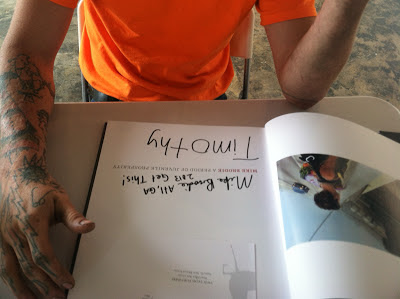 What qualifies for The History Of Photography these days?

Well if not this, then nothing:

Photographer Sandra-Lee Phipps, knee deep in leveling the ATL with her landmark exhibition SAFE at Whitespace Gallery somehow elbows up to the mythical Mike Brodie, signing the final copies of his quickly sold-out, long awaited book.

Money had changed hands amidst the ethernet and the next thing you know Brodie is etching my name upon a copy of his book A Period of Juvenile Prosperity published by Twin Palms Press. A keeper for sure.

Then all returned to the SAFE exhibition, thus making a History of Photography Tri-fecta. Below, a startlingly beautiful photograph from Sandra-Lee Phipps' exhibtion SAFE.

This is revisionist history I'm sure, but needed to be noted.

All these people are bringing it. Enjoy. 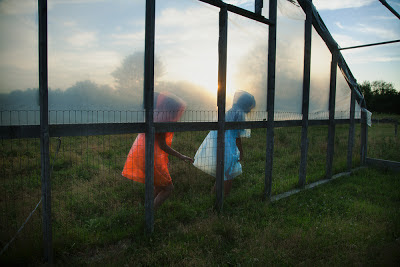 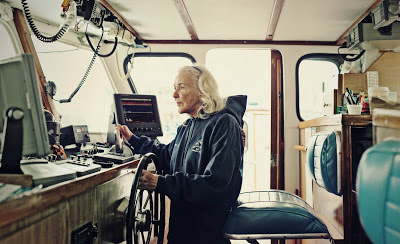 Four portraits and one still life for Barry Yeoman's story on San Francisco Salmon for On Earth Magazine, out this month.

Fisherman's Wharf has Ripley's Believe It Or Not Museum, and then some. But behind tourism machine that pulls in people from around the world is a functional fishing community that heads there every morning in the dark and drives home that afternoon. These are the people whose footsteps we walked in every day for a week, putting together this story.

Read it HERE. See the images big and bold HERE. 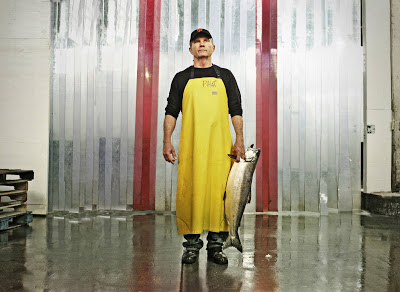 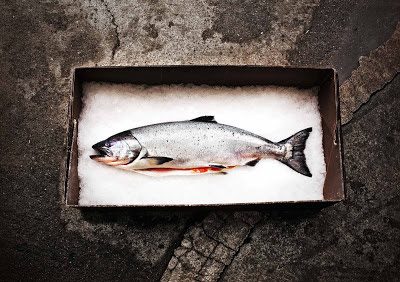 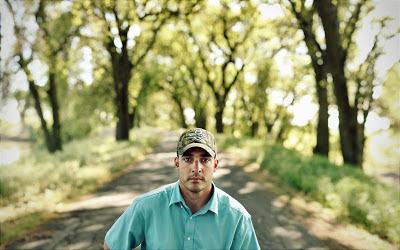 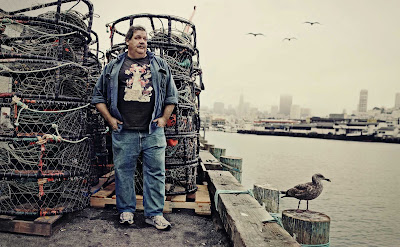 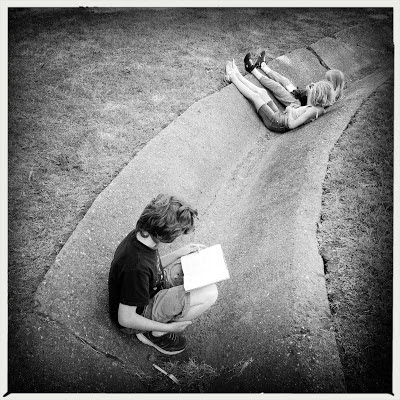 Saturday in May
The Shack is closed this afternoon.

Wilson reads Inkheart
The girls have read it too.
Posted by Timothy Archibald at 12:20 AM No comments: 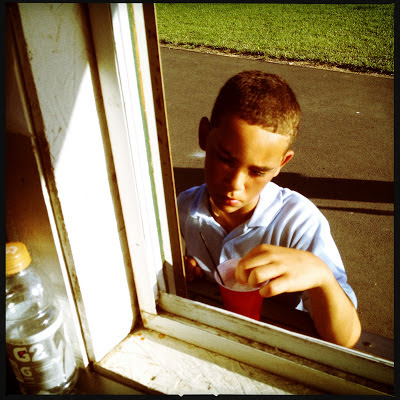 Little League this year is different.

The kids are bigger, testosterone is kicking in. Some 11 year olds are skinny and pale. Some have beards and could easily have California drivers licenses. The pitches suddenly clock in a 75 mph. This is the season that separates the casual fan from the serious athelete.


And that green shack at the back of the park, that place that defines the era, it never opened. A local pizza place is selling slices back in it's place, but the Otter Pops, Big League Chew, Airheads, etc....they are missing.

Came across these images Eli and I shot last spring when we worked in the shack. We had the camera phone propped up against various surfaces and pushed the button when it got busy. Most of the shots were terrible. Here are a few we kept. 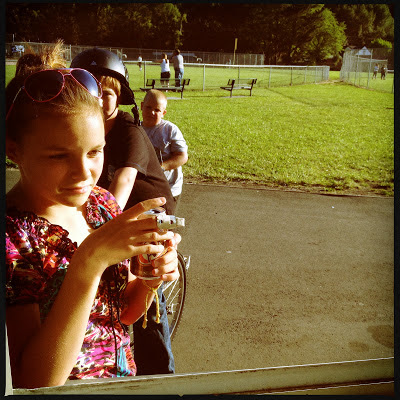 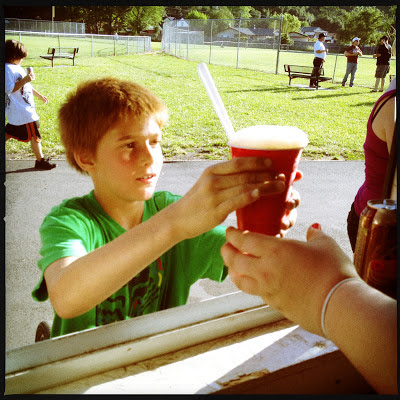 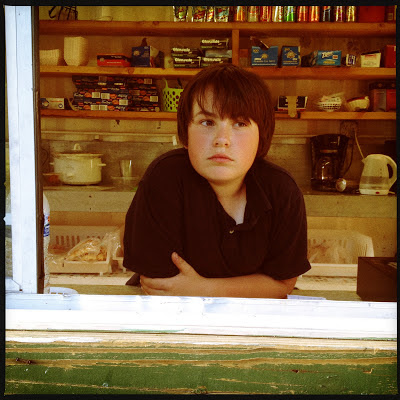 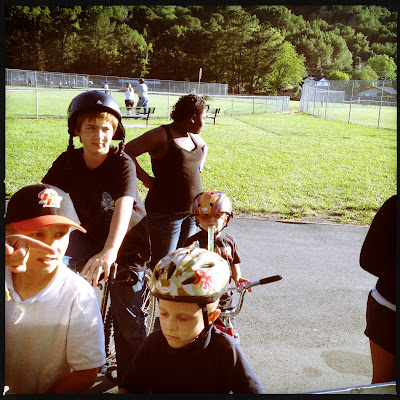 When The Chickens Come Home To Roost 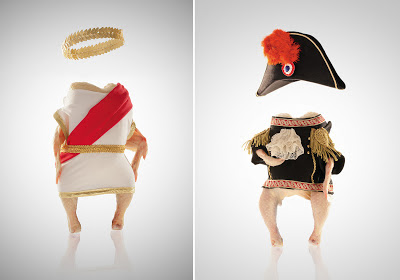 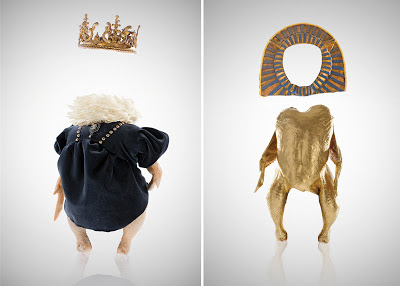 Posted by Timothy Archibald at 8:20 PM No comments: 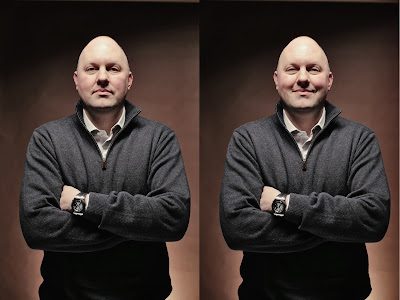 Harvard Business Review hired me to photograph Marc Andreessen. I knew him only as a cameo player in the early Silicon Valley history that crossed my consciousness.
...oh....yes...netscape....loudcloud...early internet something, internet player, midwest character, rich of course, young and rich early on...him right?
Of course I'm revealing my ignorance there. Andreessen was thoroughly engaging and his library is on full display to get you into his head while you are waiting. While digging up some backround on Andreessen, I came across this great quote from InfoWorld Magazine from 1995:
In the Web's first generation, Tim Berners-Lee launched the Uniform Resource Locator (URL),
Hypertext Transfer Protocol (HTTP), and HTML standards with prototype Unix-based servers and browsers. A few people noticed that the Web might be better than Gopher, which was an early internet search tool.
In the second generation, Marc Andreessen and Eric Bina developed NCSA Mosaic at the University of Illinois. Several million then suddenly noticed that the Web might be better than sex.
In the third generation, Andreessen and Bina left NCSA to found Netscape.
-Bob Metcalfe, InfoWorld, 8/21/95 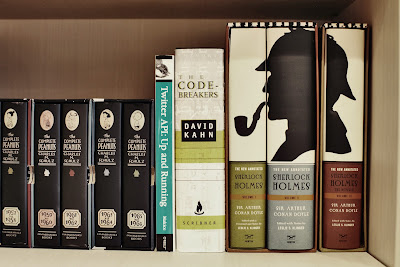 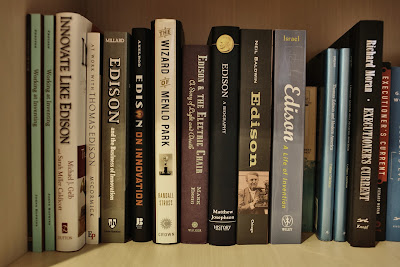 Posted by Timothy Archibald at 9:57 PM No comments:

The Show Must Go On / Baasics 3 The Deep End 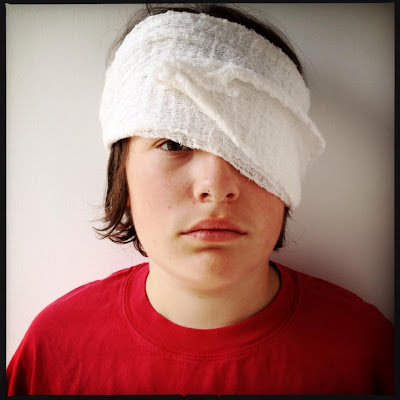 Monday night at ODC Theater in SF is Baasics 3 The Deep End.  For outsiders, the title tells you nothing, really. Bay Area Art & Science Interdisciplinary Collaborative Sessions is Baasics, and this is the third event in their series. But man, the elevator pitch on this series could not be more fascinating: An exploration of neurodiversities, mental disorders and creativity.

An art and science lecture series, funded and executed in the most professional and passionate of ways...I've been impressed at every turn by the efforts of curators Selene Foster and Christopher Reiger.

Eli and I are scheduled to appear for "ECHOLILIA : Walking The Path On The Autisic Spectrum", our slideshow and q&a. We are psyched, no question. As of Sunday evening as I type this, I have no voice. Eli came back from Boy Scout camp as seen above, with his face and eye severely challenged. Let's hope the evening heals us both.

But as always, the show must go on. 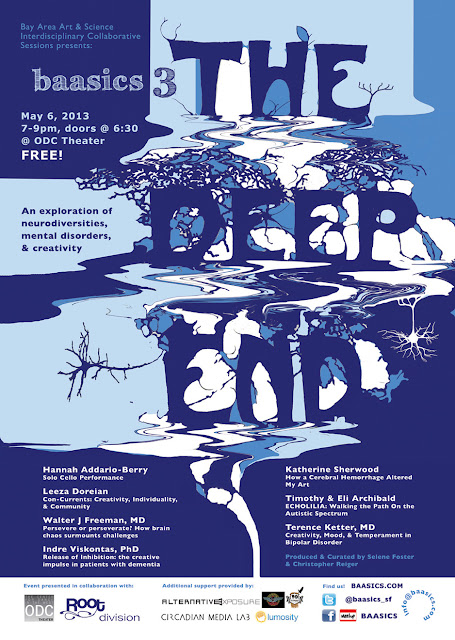 Posted by Timothy Archibald at 7:32 PM No comments: