Survival Of The Fittest / Predator 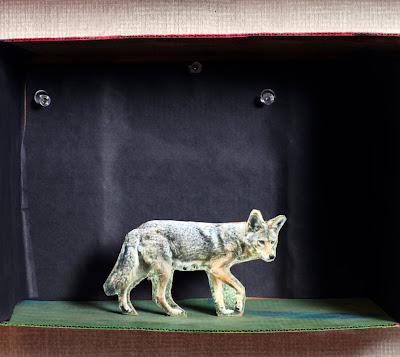 Posted by Timothy Archibald at 7:12 AM No comments:

Survival Of The Fittest 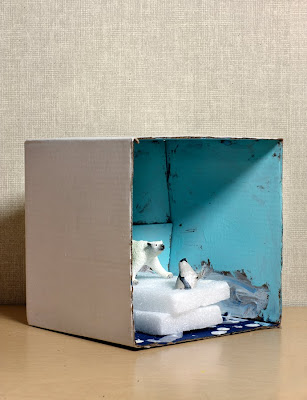 Natural Selection #1
Posted by Timothy Archibald at 11:26 AM 1 comment: 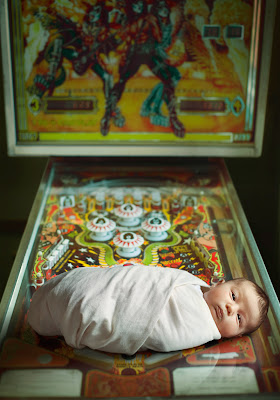 When I was 25 I was living alone in an apartment on Baseline Road in Phoenix. It had two floors, two bedrooms, a laundry room. I slept in the living room, processed film in the laundry room, used one bedroom as a darkroom and the other bedroom as like...a meditation room or something. I'd wake up in the living room, almost be in the kitchen, make coffee, eat Grapenuts, go off to work. It'd be 90 degrees easily by 8:00am.

I had a friend who would come up every Wednesday and stay in a hotel on Apache Blvd for his job. I'd meet him in his room, watch t.v., drink pitchers of beer, get stoned, eat chicken wings, walk across the street to the various bars in the neighborhood, drink as much as we wanted to...worse case scenario was I'd sleep on his floor and deal with my job the next day.

Great people watching on these evenings...great philosophising by my friend and I...of course we thought we could write the great American novel simply by transcribing everything we witnessed at these bars. Ever present was the young mom, eager to be out of the house with her newborn and needing a drink. Her baby car seat was propped up on the bar with the sleeping baby inside it. Sometimes a variation: baby car seat on the pool table, baby sleeping amidst the juke box blasting the Bon Jovi, the Skynard, dudes yelling at the sports on the screen. Oh, now its time to play darts...it's ok...she'll be ok...just rest her on the table and we'll play one game.

Just finished this image for the series Babes In The Woods . It's a composite we shot in pieces with Laura Johnston doing the post production. A quieter image than the previous shot....more serene that surreal, but still trying to speak the language of advertising a bit. While putting it together I realized that these scenes from Apache Blvd planted the seed for this image.
Posted by Timothy Archibald at 9:35 PM 3 comments: 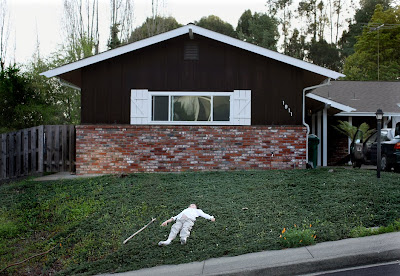 m
Hey...the lights real nice...you want to do that photo?
Which one?
You with your ipod...on the lawn.
Oh...that one. Ok. I need a stick though. The big stick.
Ya, that should look cool...I like that.
What do you want me to do?
Well....its kind of like you just getting into the music like you do out there, but we'll take a photo from across the street. And then the car doors, we'll just leave them open. It'll look like we just got home or something.
Ok, hang on... lemme find that song.
Which one?
The Static Age. Was there really a time called The Static Age?
Nah...they just came up with it for the song.
Posted by Timothy Archibald at 5:33 AM 4 comments: 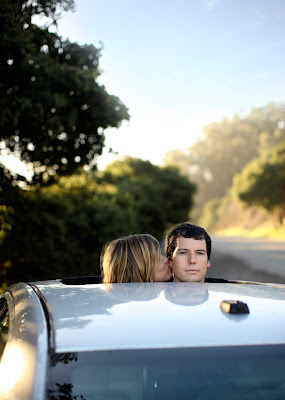 I had such a great time with Jaime Case Ford and Chris Hodges Ford a few months back but somehow forgot to write about it. Nice micro shout out in PDN Online this week reminded me to blog something up. Let's see...a cute couple gets a car from Ford for a cross country road trip, changes their name to Ford, um....there's gotta be a screen play in the works. Good people, great to photograph, we started at sunrise and it was a wrap by 11:00.

The shot needed to deal with the "newley wed" aspect of this couple....the optimism that may go with that, as well as the more complex emotions as well. I wanted something that looked more...um...reluctant or something. Something that acknowledged the mixed emotions that can come into play. Did this image do that? I dunno...but I was trying. Jaime and Chris were totally into examining the realities of marriage...not just the fantasy, and I couldn't ask for better actors. Read about the journey on their Wedding Road Trip blog HERE.
Posted by Timothy Archibald at 8:11 AM No comments: 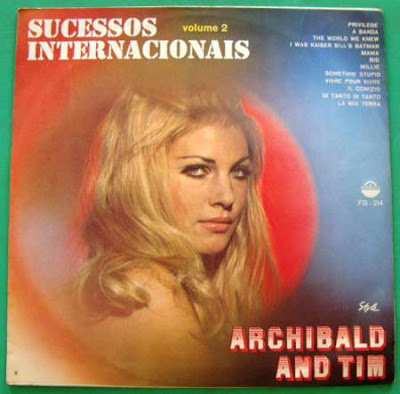 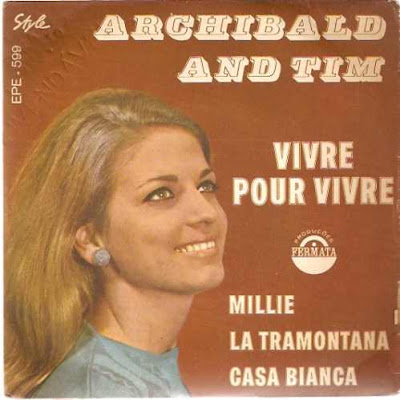 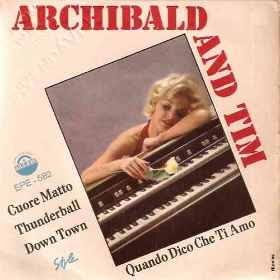 Posted by Timothy Archibald at 10:55 AM No comments:

Babes In The Woods / Work In Progress 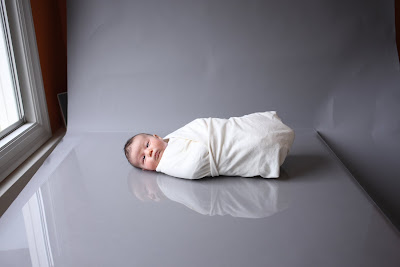 I'm starting to get into this baby photography....all you do is operate the camera...no posing...no method acting crash course for the subject before the shoot. 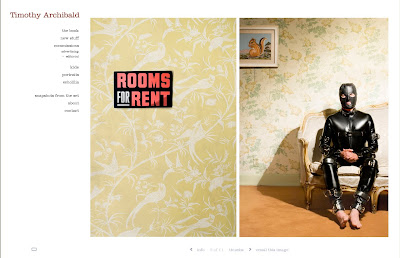 I thought the new baby would be a good metaphor for a new site and all, but this sado- masochistic perv guy might work just as well.
See the new everything at timothyarchibald.com.
m
All my favorite photographs big and on white. Echolilia never looked so good.
m
Hidden things to discover...interviews and stuff...
m
Lots of pics of me and my crew!
m
Sharing the site with Jonathan Saunders a few weeks back, he said something like "looks interesting, but really the only thing people are gonna check out is the snapshots from the set section..."

And maybe he is right. See snapshots from the set HERE.
m 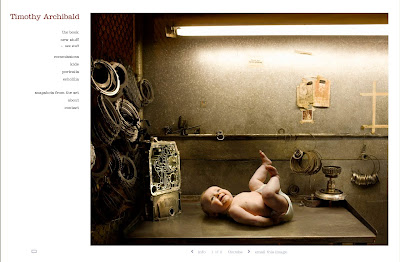 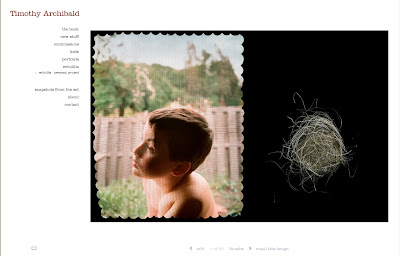 Notes From A Photograph 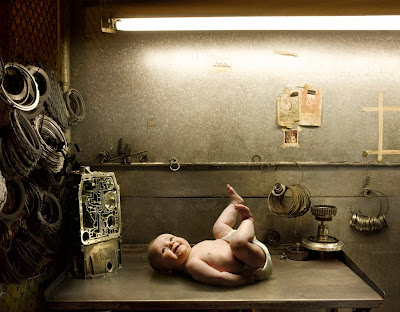 Babes In The Woods, 2010
m
Back in December we were doing a shoot in a taxi cab garage for My Ford Magazine. As the subject is giving us a tour of the place we see this great room....too small for our given shoot but it seemed to be coated with layers of oil and grease....it had these layers of realness you could just touch....and it was lit by overhead flourescent bulbs...all the metal looked sensual. We ignored that space that day but it did stick in my head for some reason. 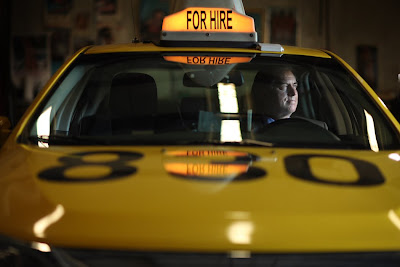 Yellow Cab For My Ford Magazine, 2009
m
Last month we found ourselves shooting in an Acura dealership in Marin. Sz finds a catalogue for the Acura ZDX that we are just floored by. The photography is stunning. Sz turns to a page with a photograph of a transmission : It almost looks like art...its like a real photograph. This shot of the transmission is below. I loved it...it looked like a brain, like a heart, like a metal human organ. 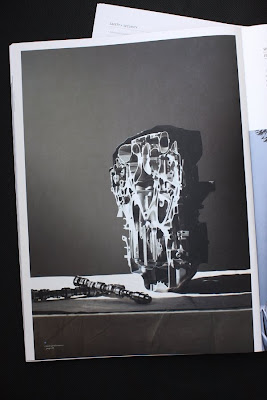 A friend sends me a note about girls in China who are put up for adoption. Their moms leave the babies in public somewhere they will be found easily and welcomed to the orphanage. When their adopted moms get together, they share stories : My daughter was found on the playground...mine was found on the steps of the building...they found mine at the park...
Ok...we got alot to think about here...I think we can make a photograph out of all of this, ya think? And we are trying to push this commercial career....so its gotta speak in that language, right? Talk to Shannon who has a vision of wealthy society women in this garage...love it...but it won't work in the space. Talk to TB who mentions a baby. Ahh....that may work. Lets see....how can I get an adorable baby? Facebook maybe...lets see...it works. Ben Smith leads us to his friend who delivers the most perfect all american baby we have ever seen!

Let's now try to get back into that garage.
Posted by Timothy Archibald at 7:13 AM 2 comments:

We did this one shoot at the end of 09 that yielded so many movies and snapshots I'm surprised we actually remembered to take the photograph we were hired for. Somehow I just discovered this, filmed by Shannon Amos at Left Space studios in San Francisco, CA.

Posted by Timothy Archibald at 7:41 PM No comments: 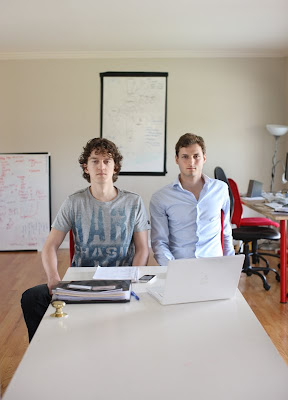 Anyone following the industry is probably now aware of the cuts that hit the BusinessWeek photo, art, and graphics department this week....unfortunately everyone was let go as the department is restructured. I shot a story for them, above and below, on Saturday and the p.e. on the story was feeding me info as it was unfolding early in the week. Sad news for all.
There was something about this crew of p.e.'s that always stuck with me. Facebook arrived in 2009 and it really allowed some sense of community to form with the p.e.'s there. It allowed everyone to view into their lives during the period where they were purchased by Bloomberg and how that effected everyone. There was a consistency to their group of p.e.'s...everyone seemed to work there a long time, and you got to know them over time, and that familiarity helped. The test of a good working relationship occurs when you really solidly and wholeheartedly blow a shoot...and are still able to move forward together.
w
BW will continue with a new staff and will indeed produce good things as will all the editors who have been let go. This little eulogy is just taking note of an end of an era...and the start of something new.
Posted by Timothy Archibald at 8:45 AM 7 comments: 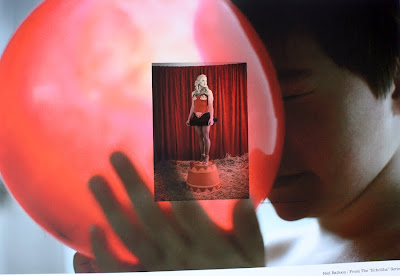 m
This print came out of my Epson yesterday as I was cranking out pages for the portfolio.
It's art and commerce? It's heterosexuality?
It's a one of a kind "artist proof"...yes...that is what it is.
Posted by Timothy Archibald at 4:49 AM 3 comments: 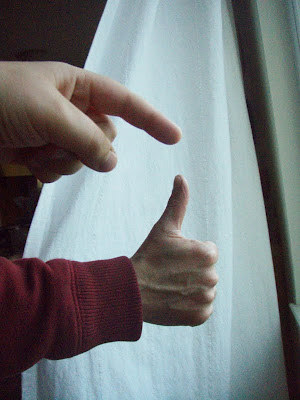 My son Eli just makes photographs. He plans them out a bit, but then just executes them...there is no waiting for the best light or the best model. It's just about having an idea and getting it done and then acting fast when the next idea hits. He makes movies and photographs. He is the subject of Echolilia.

Today he got the idea to make this photograph of the Facebook icons. Here is his caption:

This is a photo I took of me and my dad's hands makeing facebook symboles.
The one on the top is the "poke" logo and the bottom one is the"like" logo.

Posted by Timothy Archibald at 9:23 PM No comments:

And Then We Finally Shot This 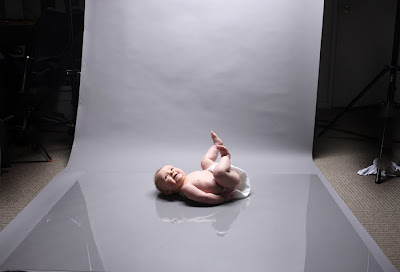 And Then We Have This to Contend With 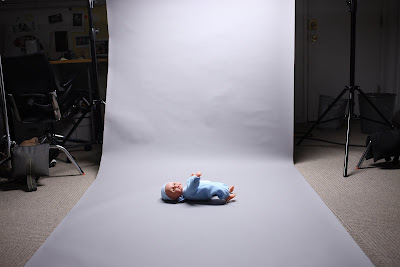 Posted by Timothy Archibald at 11:01 AM 3 comments: