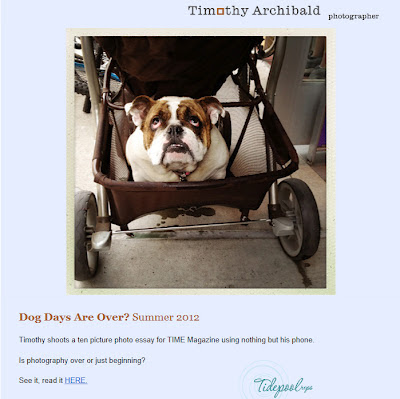 Putting together last week's spam campaign, which ended up with the iphone photograph of the dog, above. An out take from a picture story for TIME magazine, it seemed to have this melancholy sense of humor or forboding to it:

oh...election on the horizon, chik-fil-a whatever, testosterone, instagram...what else shall I worry about...?

Couldn't help but note what I sent out at this time last year. An image a bit more deep in escapism? It was about hanging on to summer. This year, the summer ends with a look to the future.

All that depth in spam? Ya never know where you will find it these days. 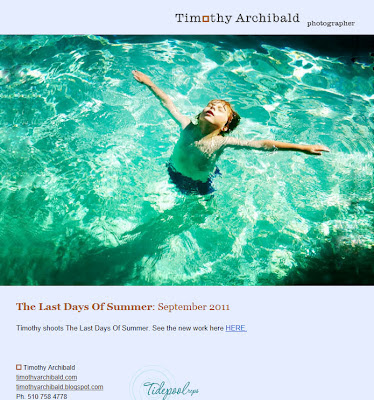 Posted by Timothy Archibald at 12:38 PM No comments: 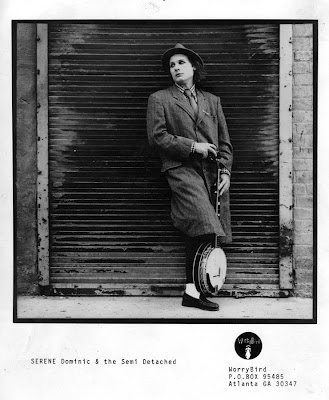 There was a time when a square photograph was the territory of Hassleblad and medium format film. Just came across this job shot back in 1996 for Serene Dominic and the Semi Detached due to the wonder of the internet and thought I'd want to share.
Posted by Timothy Archibald at 9:10 AM 8 comments:

I Lost Photography, But Got A Ton Of Likes 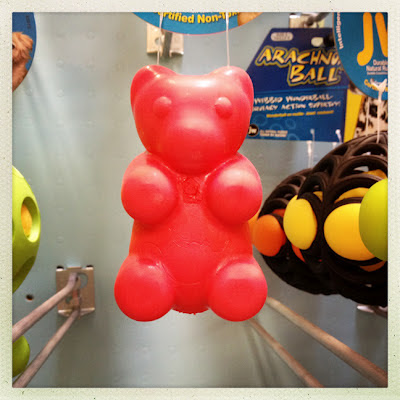 There are many thoughts that surface as you find yourself shooting an entire story with your phone for Time Magazine's The Wireless Issue.

How did it begin?

Photo editor Neil Harris called acknowledging the constant flow of iphone images he witnessed daily on my Facebook page, wondering if I'd want to shoot the story in that manner. This was that "nothing" moment that stuck with me, the sentence that makes you question the thousands you've pondered putting into the Workbook spread, all the trees clear-cut for the promo cards I've carpet bombed the nation with over the years...all of that. But times change fast.

But rather than write about...oh...how it indicates the end of photography as we know it, say?  Or the changing face of marketing or something boring like that, I thought I'd just share some thoughts on what is undoubtedly a trend of the moment, and maybe something that is never ever going to go away.

Writer Harry McCracken and I got together in the afternoon everyday for a week to create a first person story about the pros and cons of trying to live your life wallet-less and pay for everything with your phone. Using a phone to make these photographs was a natural decision for the magazine and seemed conceptually appropriate, to me at least. Once we started the story, we realized that one of the positives about shooting the story in this manner concerned access. Come into a store with your phone and start shooting and everyone smiles and goes about their business. Maybe they ask you if it's an iphone 4s or a 4.  Stop snapping and ask if you can take a picture of something, show up with a DSLR or larger and the fun stops there. Employees get nervous and are on the phone with corporate headquarters, who will discuss the possibility of granting permission at next month's meeting maybe? In other words, "No". 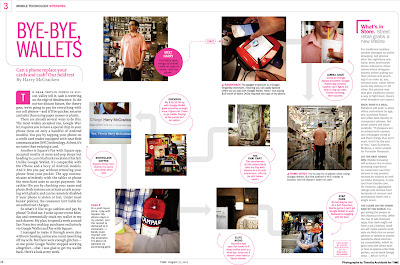 The other concern, of course, was that it allowed a novel and different way to shoot a kind of visually mundane story. If we could tell the story in little pieces, with a Facebook sensibility of annecdotal images as well as scene setting shots, we may actually have a cool looking package. Maybe...just maybe? So...let's try.

Excited as I was to tackle this, I realized that this tipping point may have already hit, noticing that Forbes ran an all Instagram story ( about Instagram ) shot by Christian Peacock. The cover of the The Wireless Issue is made up of Instagram images sent in from the public. And there probably are more permutations cooking as we speak...and more in the past that have snuck past me.

Now, let's look at the end result. Is it great? No. Is it interesting and kinda playful? I think so. For me, I wanted the story to look just like my Facebook page looks like when I go out and do something with the kids and make alot of shots. I've always admired the work of Andrew Hetherington and Martin Parr, who are able to run around at all sorts of events and come up with a ton of images that all look like their work, no matter what they point the camera at. Typically my work is slower and more portrait based...more methodical, and I could never find a way to shoot loosely and still feel like I had my shot. With the iphone, my shooting starts to hint at the fluidity of that approach.

Will this work look dated and signify 2012 in a way that The Hosemaster defined commercial photography circa early 90's and the Polaroid Transfer was the defining technique for crafty hobbiest photographers in the later 90's? Maybe. But these are the things we need time to get perspective on.

A chunk of the story that lay on the cutting room floor involved a visit to a big box pet store which curiously yielded my two favorite images from the shoot, top and bottom. All I had to do was push the button. 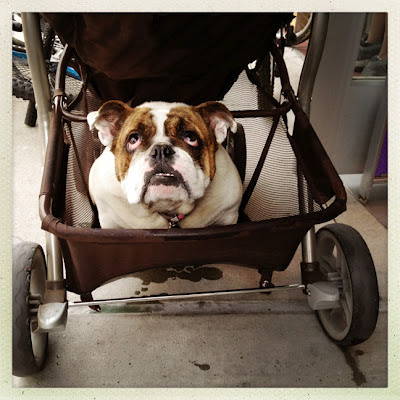 Posted by Timothy Archibald at 7:44 PM No comments:

I Really Don't Know What To Make Of This

Rainy day in Schenectady and Callie and I went out to make some photographs.

I make the above pair of images while she is looking in a window of an empty store.

A photographer from The Daily Gazette, the local newspaper approaches us with what could only be described as an interview inspired by a looming deadline.

The next morning we see the newspaper, and there on the cover, is our moment. 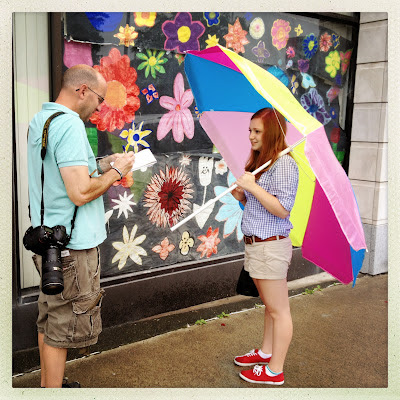 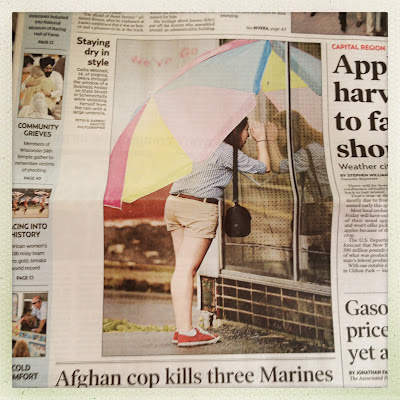 See more images from this trip into the current past, or whatever that project is about...at Stereoscopy Photographs.
Posted by Timothy Archibald at 1:27 PM No comments: 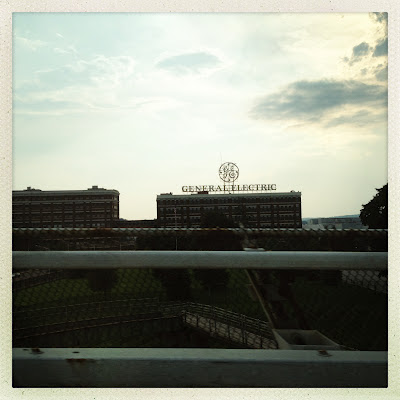 The General Electric sign is always there, this time photographed by Callie Mitchell.

I'm sure I've pointed my camera at that sign more times than I can count. Everytime I'm here I try again and again, but never seem to get it right. Never seem to capture what it really means. And I'm guessing that everyone living here with a camera has given it a shot. Have they ever gotten it? I doubt it, cuz we all keep trying each and every time. There are some subjects like that: you are drawn to them, you know they mean something, but you just can't put your finger on that thing. But ya gotta try.


Oh, I give up. I'll try on the first day...I'll try on the last day, but sometimes you gotta let it go. Summer seems like it can last forever...at times. Here are some snaps from our forever summer. 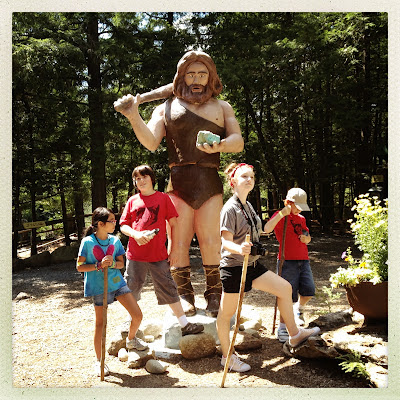 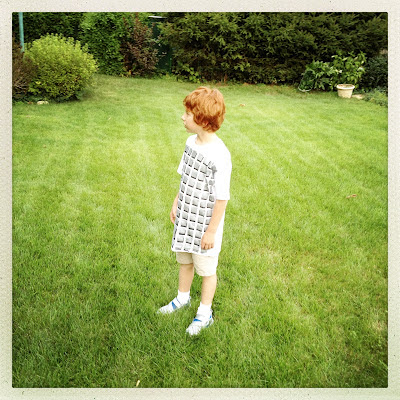 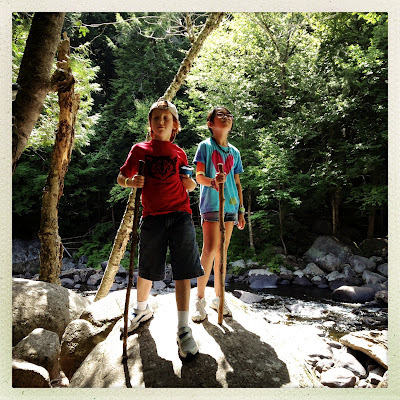 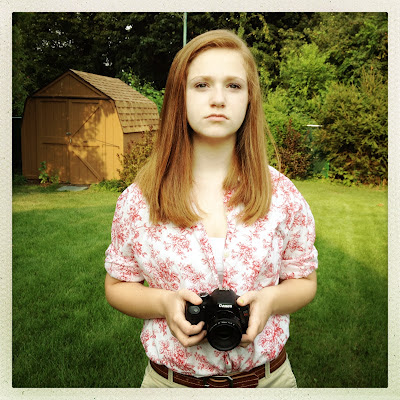 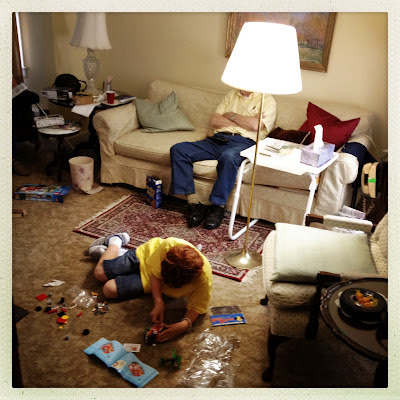 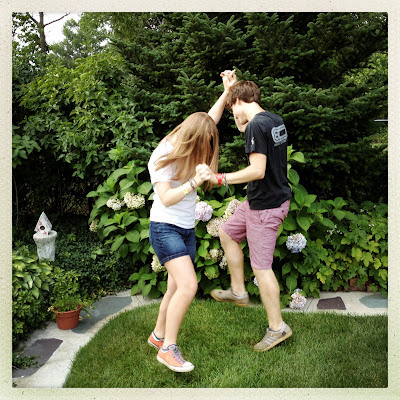 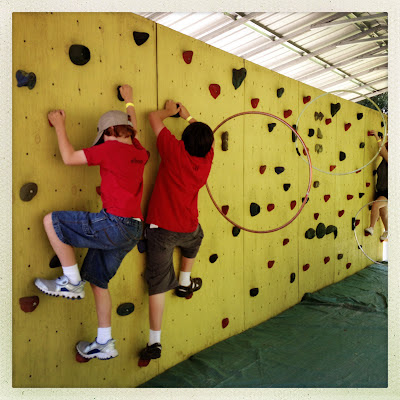 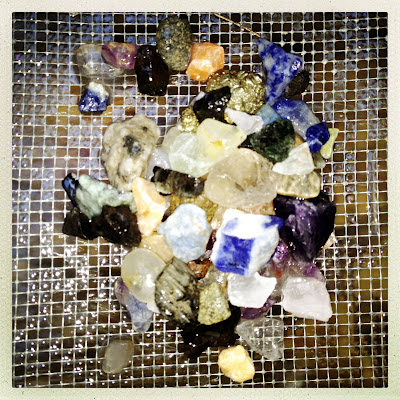 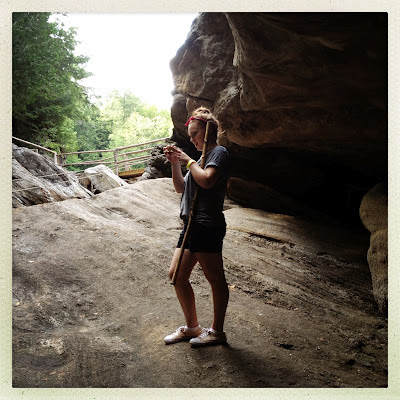 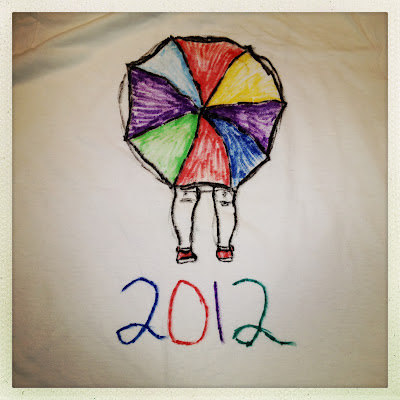 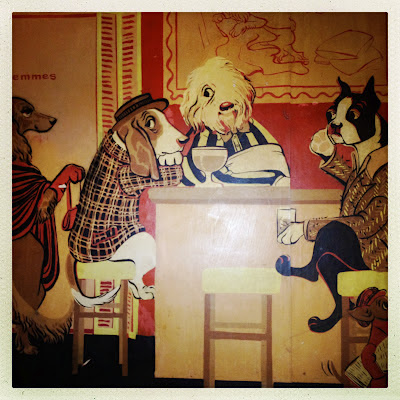 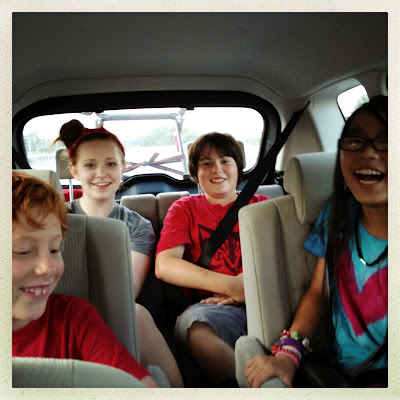 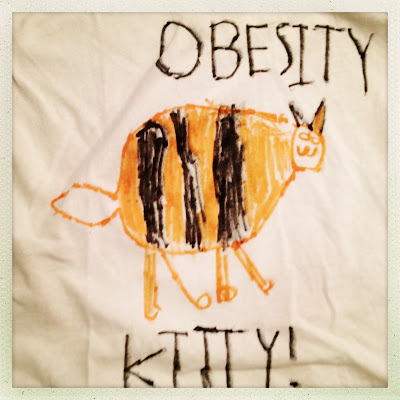 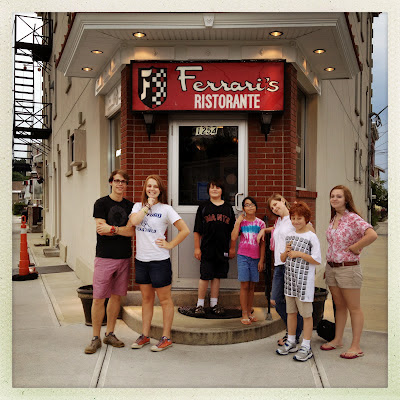 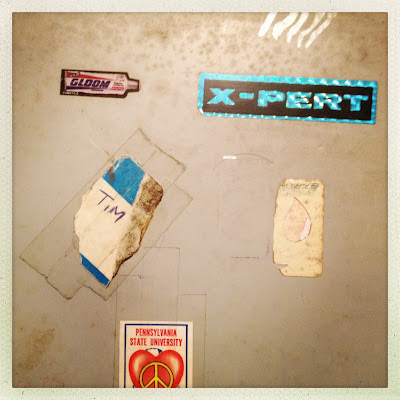 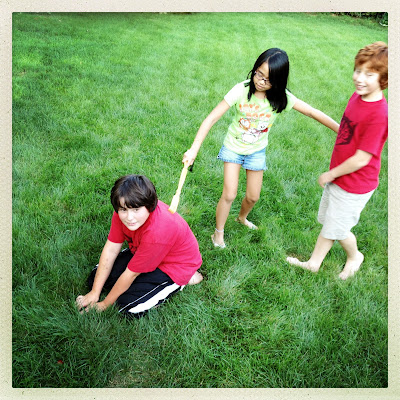 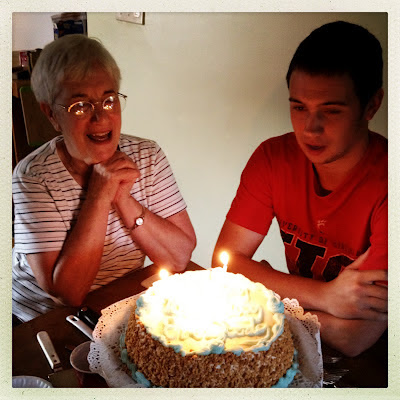 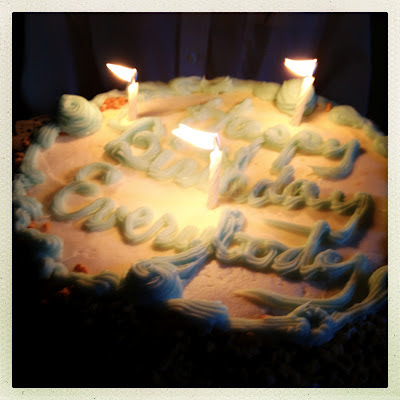 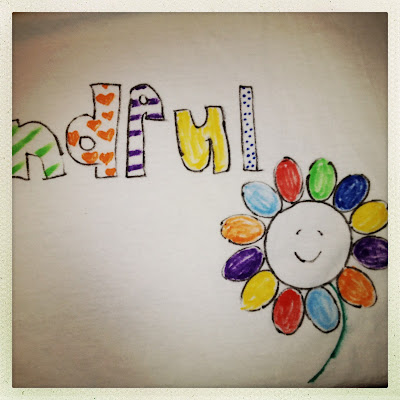 Posted by Timothy Archibald at 8:48 PM No comments:

The Picture's Far Too Big To Look At Kid

The picture is far too big to look at kid.

Your eyes won't open wide enough
and you're constantly surrounded
by that swirling stream of what is and what was.
-Conor Oberst, from The Big Picture


The summer of 2012 will be remembered as the time that this photography thing was suddenly being discussed as if it was a living breathing entity that either let us down, befriended us, or has been throwing away it's future hanging out with sketchy characters.
The dialogue, as best as I can nail it down, seems to focus on three hot topics:
While pondering the significance of all of this I receive an assignment from a major magazine to shoot a week long story with nothing but my phone. The photo editor references camera phone images he's seen on my Facebook page as the reason for handing the job off to me. The week that follows is surreal: the mornings are spent working on a series of portraits for a science magazine created with intentional lighting and craft. The afternoons are spent running around with my phone, making simple photographs with this phone that seem to have a flow I wished my creative process had every day. The image making isn't totally satisfying, but the novelty and enthusiasm carries the process. Later that week I realize that powerHouse book founder Daniel Power announced an exhibition at the powerHouse Arena of Klamar's Olympic Portrait series. All of these things colliding at once. It has to mean something?

While I'm writing this essay and digesting all of this dialogue, I discover Max Gerber's newest blog entry, on his birthday for some reason, is a straight-up manifesto defending his love for his Instagram camera and the newest creative door it has unlocked for him. Titled 1,073 Words About Iphone Photography, and 54 Instagram Portraits, they essay has a defensive tone that is really un-necessary when one views the images. The portraits are great and the photographer's sense of discovery is apparent in every image. Read the manifesto HERE.

Then, we have Joe Klamar's portrait series on the 2012 Olympic Athletes. Never before have I seen the public to come out as a group and essentially declare a series of images "bad". Blogs and sites and all over the internet people angrily took a stand against these photographs. Quickly, Daniel Power of Powerhouse Books chose to exhibit the work and throw his support behind it and the dialogue surrounding it. This series is something to reckon with: the more time I spend with the work, the more my viewpoint changes. I feel that sometimes there are photographs that speak to you strongly, and you don't know where to put them....you don't know how to classify them, but here they are, in your brain, and they aren't going away. Klamar's images are that. They aren't great. They aren't terrible. They are something else, and that something else certainly carries power.

Like with alot of things in this era, the power of the piece is in the public's response. So do read the responses at the following links.

How does this all wind together?


Just wondering if Instagram/Hipstamatic has made the ability for everyone to take a beautiful retouched photograph so easy that now we are hungering for something else? These shots by Klamar, do they contain this thing we are hungering for? And could it be that they are so full of this thing we are hungering for, and so devoid of the thing we used to think we wanted, that we are simply confused by it? I shared his work with a friend who immediately loved the photographs, assuming that the photographs were trying to capture the playful goofyness of the DIY photobooth, that every office party sets up these days with a backdrop and props. She felt the people's charm came through, the silliness of the Olympic athlete putting a birdie on his head...that was all there, but the packaging, the technical stuff, wasn't important in this case at all. Looking at the shots with this sentence in mind, it was hard to disagree.