Happy Halloween. The high holy day of youth (...and stoners and the gay of heart)


Posted by Timothy Archibald at 6:56 AM No comments: 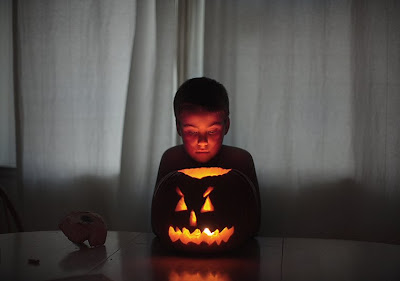 Posted by Timothy Archibald at 8:48 AM No comments:

Q + A With Myself Again 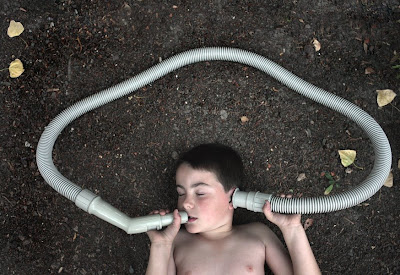 Q: So I was looking at this Echolilia thing you are doing. Do you have a moment?m
m
TA: Yes, sure.
m
Q: On a bad day it kind of reminds me of the guy William Wegman, you know, with the dogs? It's like he trained these dogs to get into all of these positions for him to photograph, and it's like the training that is the big accomplishment, almost more than the photography. Here you have your son with his face in a funnel. You have him looking fetal in a plastic container. Then this cardboard tube on the arm shot. Is your project trying to be like this Wegman thing?
m
TA: Oh, I dunno, that doesn't sound good. I guess I see my son do something that looks interesting to me, that might have two meanings or something, and then I try to set aside time and energy with him to make a photograph together that shows that gesture, but in a more intentional location. A place that looks poetic, good light, foggy day, that type of thing.
m
Q: Any response to the work?
m
TA: Yeah, kind of. The other day I got a note from an art director who needed to contact me for some invoice question. She had never seen any of my work before. She dealt with business and then really focused in on that Echolilia project right away: it spoke to her in some way, thats all she could really say. I thanked her, then got a note back from her explaining that she had a son and her son was on the autistic spectrum. I couldn't figure out if there was something she was responding to in the work that spoke to that shared experience, did my kid remind her of hers? These days I'm trying to present the work without too much information and see what people make of it.
m
Q: Anything else?
m
TA: Then there is this other photographer who shared his work with me. He has an older son he had been photographing over the years. He photographed the boy when he was really young, and then a number of objects that related to him and the similarities between our two projects were pretty great I thought. I wanted to write about his work and he wrote a polite note back stating : " Your project is evolving in the shadow of a commercial photography blog and is being used as a tool that is pushing this commercial career. My son isn't a project, he is my little beloved boy and it's important that I protect him". That gave me something to think about.
m
Q: Did it make you question your motives here?
m
TA: It made me think about them. The one thing I return to is that it really is hard to make my son do something he might not want to do...like brush his teeth or something. But with these photographs he seems to summon up complete concentration, a very intense work ethic and collaboration above and beyond his years. Even if it lasts just 10 minutes.
m
Q: Why do you think he can do it so well?
m
TA: I think he knows we really need to make these pictures. This stuff is important to work thru and he knows we're not goofing around.
Posted by Timothy Archibald at 2:33 PM 6 comments: 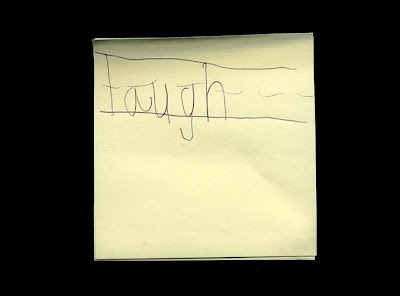 Posted by Timothy Archibald at 10:20 AM 2 comments: 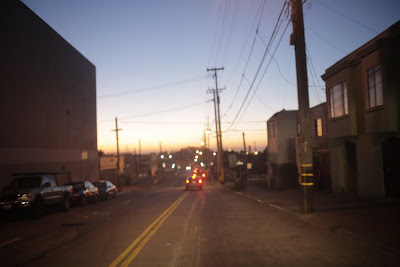 Sitting in my mini van in a place called Hunters Point in San Francisco. It's 6:15am, its dark, there aren't even lights in the streets. I wanted to get the early morning light for some landscapes I need to shoot for a project I'm on for ESPN. It's way too early, it's total darkness, and it seems this mini van is just out of place. Halloween ghosts and skulls decorate a house here and there. It doesn't look good to me...it doesn't seem festive. Another white boy, age 40, in the bad neighborhood trying to get "the story".

The days are kind of an emotional blur as we work on this story: meeting these wonderful people that we seem to be able to relate to and hang with and photograph...so we have common ground, right? Almost. They seem to have to deal with Death in a way I never really ever have had to. They have jobs like mine and kids like mine, and then they have the Grim Reaper....who might be around any corner. Their kids are raised with the Grim Reaper. Death is a fundamental part of their life.

During the week we are shooting this story we are also putting together a more produced photograph for another magazine that involves a superstar pro athlete. We need a wardrobe stylist for the shoot, what about the catering, is he Vegan? I dunno....I'd love to dress him in all orange, it would look sweet against the white walls of the place. The contrast of the two shoots was just kind of jarring. I had to finish the Hunter's Point story and close the book in my mind before really addressing the Superstar Athlete shot. I could not multi task on this one. 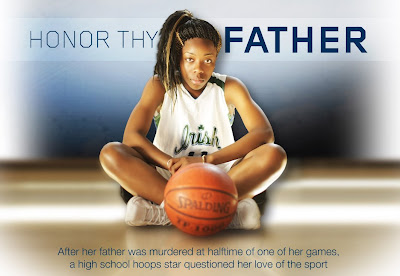 Tom Friend is a great writer with ESPN whom I worked with once before. His stories are complex and human and family is often at the core of these tales. The story we worked on is HERE.
Posted by Timothy Archibald at 10:10 AM 1 comment:

We Rigged A Strobe In The Roof 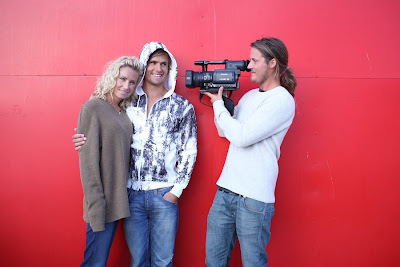 We got the opportunity to shoot Superstar Free Skier Jon Olsson this past weekend for Outside Magazine. What to do? Olsson is a Swedish God incarnate, we knew he'd look great in every shot just by breathing, but the space we were shooting him in was just a bit challenging....and we are so into natural light and reflectors and the simple zen of picture making these days. Ahh....I just don't know what to do. 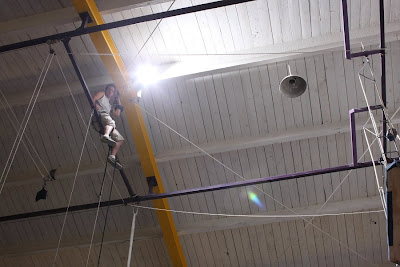 Poling and Archibald got in on Saturday to try to figure it all out. We are kinda low tech by nature...even these complex photo illustrations we do are all pretty low tech. Today we geek out and do the following: take a Quantum wedding photographer strobe, attach it to an elbow, stick that on a c-stand nuckle, attach that to a large C clamp. Tape a radio slave onto the strobe, set it on " M", and attach the turbo battery to the unit with a fabric loop. Wrap it all in tape. Tie it to a rope and hand it to Trapeze Artist Chris Johnston who pulls it up on the rope as if he were ascending half dome. He clamps it in place. Is this gonna work? Yes! But the light is too harsh, bad shadows everywhere. Poling has him mount a white vinyl control panel 3 feet in front of the strobe. He tapes it to a beam in the ceiling. It works. The gods of photo geekdom have smiled. Still gotta make the shot the next day though. Olsson and crew arrive on Sunday, a gracious swedish mythological figure and his posse.

Olsson has a popular video blog and the next morning, boom, there was our shoot to re-live.
See it HERE. 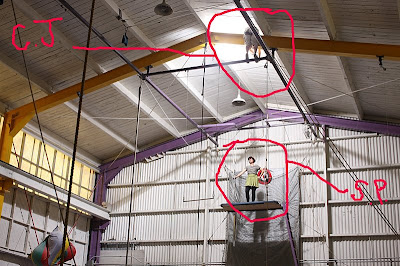 Johnston and Poling aligning the scrim as we test the strobe 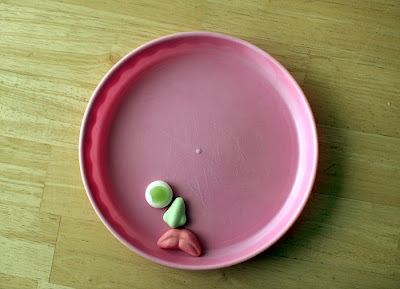 Busy week last week and weekend, kind of a confusing trying to juggle work and family and a very emotional photo story and a very produced photo shoot...and they all seemed to be conflicting.

Saw this on the table and thought this would make a fast blog post. 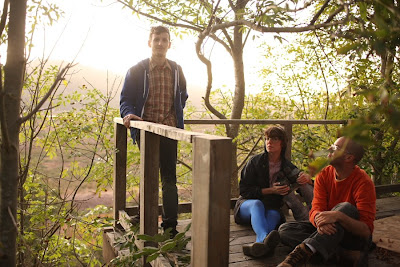 Above: Photographer David Bornfriend, joins Poling and Archibald in Point Reyes for a class he is taking at the Academy of Art in SF. Check out David's work and take note of the project titled "Scars".
m
Below: Heidi Yoder of Retrofit Fitness strikes a pose as stylist Shannon Amos hands out bottles of Bud Light as the sun sets in Pacifica, CA. 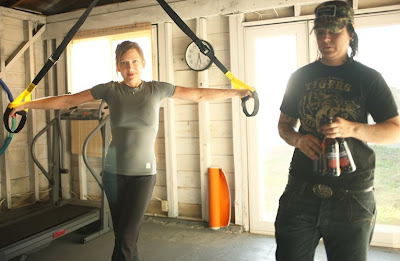 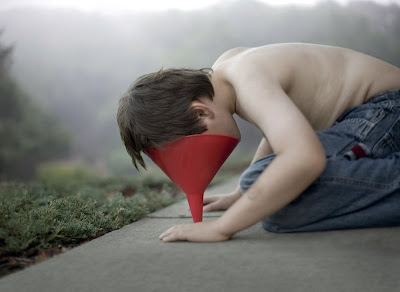 My weekends are always so totally absorbed by the kids that I like to try to post on Saturday.
m
I like to just do one small thing in the day that relates to art rather than family. Just trying to keep my toe in the water, you know? I'm not a childless hipster who gets to think about my art all day and then go to openings at night, snort blow off framed prints, down cocktails, rinse and repeat. (?!?!)
m
Omg, I sound so bitter. I can't believe I said that. I am so sorry.
m
Today we got up at 5:50am. Rode bikes at a park and it was freezing. Rode the bus for fun to the school. Went to a school Halloween FunFest. Ate a hotdog. Rode the bus to the library. Went for a hike to a creek. More bikes at a park. None of this sounds like a bloodbath, right? Then home...want to watch Charlotte's Web? Me on the Blackberry texting my photo friends, trying to figure out if the above shot fits in the mix of Echolilia or is it a crime against humanity?
m
Jury is out! I dunno, it may be both, but I still like it.
Posted by Timothy Archibald at 3:14 PM 5 comments: 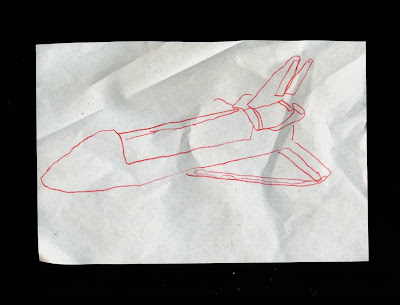 Posted by Timothy Archibald at 9:02 PM No comments: 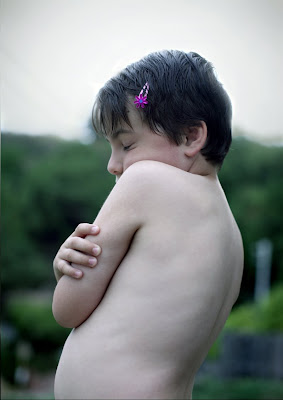 Posted by Timothy Archibald at 10:59 AM No comments:

Camera Phone On The Moon 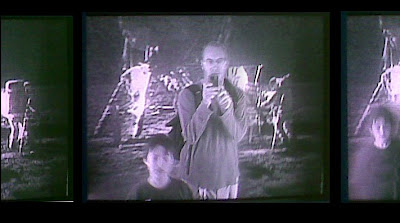 This weekend was spent on the moon. Lucky my phone had a camera in it, got some quick shots
m
Then this morning I found THIS. Wtf?
Posted by Timothy Archibald at 11:38 AM 6 comments: 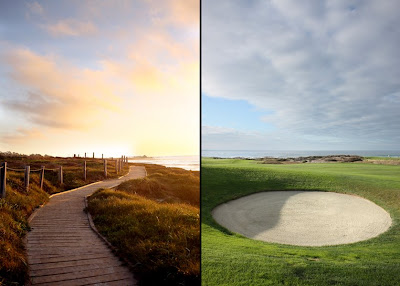 Sometimes you mock something for so long that you lose your compass...you take in the very qualities of the enemy and make them your own.
m
Painter Thomas Kinkade...I admitted to being moved by a chance encounter with his painting "Snow White Discovers The Cottage" here. While editing the film from that weekend of shooting, I find these two landscapes above. There is no denying the influence of the painter of light himself, as seen below: 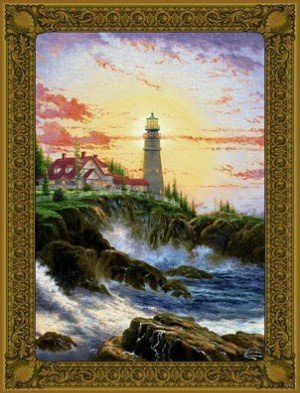 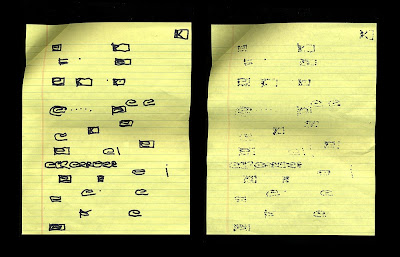 Posted by Timothy Archibald at 3:01 PM No comments: