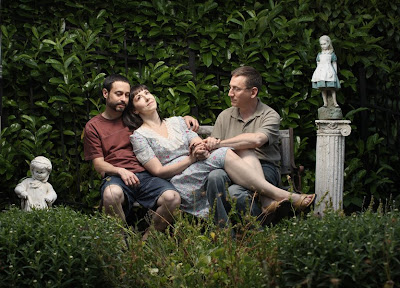 m
Larry, Terisa and Scott at home in Seattle, Washington for the polyamory story "Only You. And You. And You." written by Jessica Bennet for Newsweek. I really remember loving this story when we shot it a few months back. It was about a romantic triad and I really wanted to make sure it wasn't reduced to a punch line...I wanted to give it the dignity I thought it deserved, possibly leading to a Nobel prize nomination. Humanitarian of the Year? Those were my lofty goals.
m
But other times, like today, you just hope that the camera is focused. 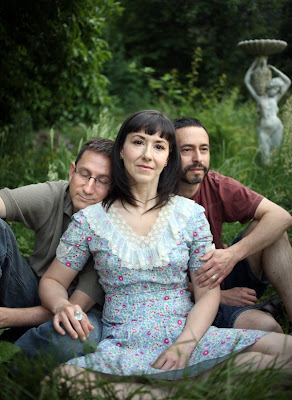 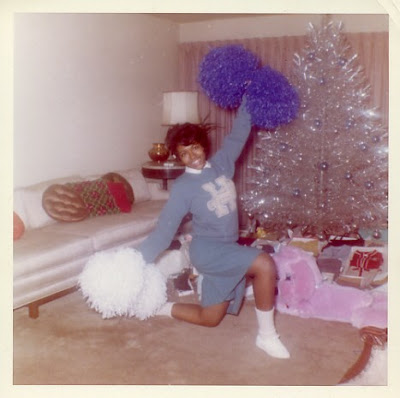 Working this week past with Adam Moore of Sugar Digital on the Sebastiani Holiday Cheese project for Duncan/Channon. I pulled a bunch of shots from various sources to find the color and palette of the 1970's holiday snapshot. We wanted to try to reference this color in our shot...yet still allow it to look like a fancy commercial photograph. We found great shots on Square America as well as Flikr. Here are some fun ones...enjoy: 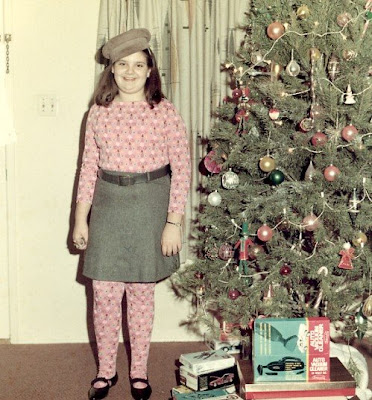 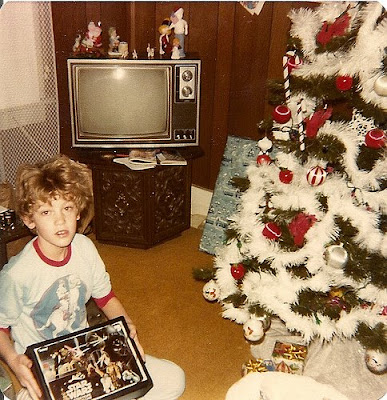 Posted by Timothy Archibald at 7:55 AM 74 comments: 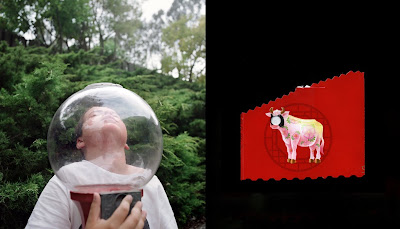 And really all of this messing around from last week led to this pair...but you can really only have one photograph in your book with a kid in a big bubble, correct? Right now I'm more aimless on this project and just grabbing things and trying them. Earlier in the year I had a thesis of sorts but felt I had to shoot more. Now I'm all over the place and just exploring, which is not a bad thing.

But spreads in a book are the goal, the thing I'm trying to create. Here is a pair I like.
Posted by Timothy Archibald at 7:30 AM 1 comment: 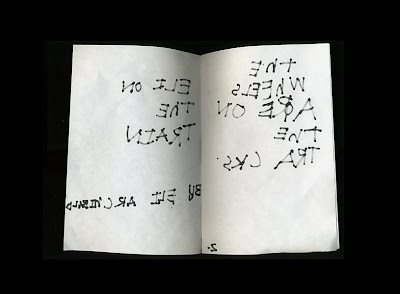 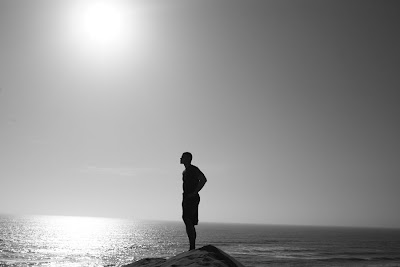 The curious story of Oklahoma's Blake Griffin and Stealth, his S.F. based low-profile trainer.
We shot this for Chris Bloxom at ESPN networks out in the sand of Ocean Beach.
I'm such a production oriented photographer these days, it was a curve ball to just show up with just some cameras, an assistant and a reflector wait for the light. 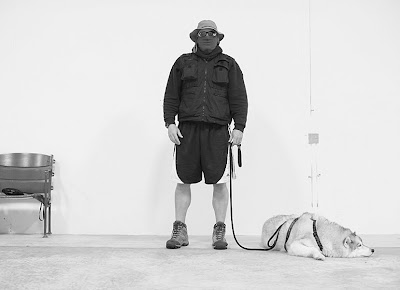 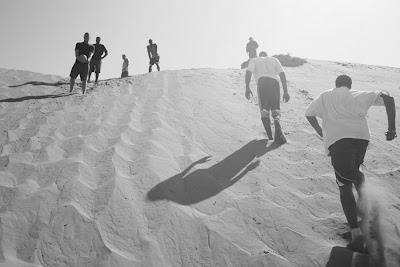 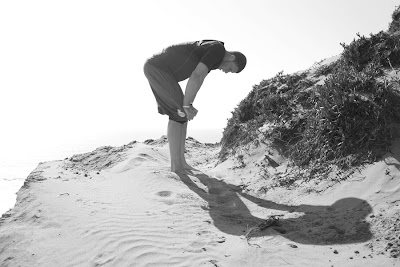 My Kid Took My Picture, part 3 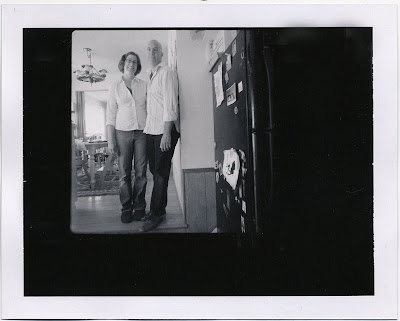 Sometimes it helps to know the people you photograph...sometimes it ruins it all across the board. Sometimes it is best to only know someone for the brief exchange of the photograph...the five minutes, the thirty minutes, whatever it may be. It allows you to engage with the visuals, make quick decisions, jump to conclusions, put together the pieces and exit with a competant photograph. Sometimes a great one. Well, not really a great one, but one that you think is great for a day or so.

I really can't make a good photograph of my wife Cheri. The relationship is too complex, it is too layered, and the picture making process creates some type of inequality that just doesn't pave the way to a great photograph. I suspect I start directing things and she just doesn't like to be my beta...being told what to do by me...even for the duration of the shoot. My parents, it's a similar situation: the relationship has gone on too long, it's meant too many things, and it just can't be summed up in a shot. Friends are different. TB has had me shoot him and his family for various interviews and I've kind of liked the shots I got each time. SZ and I have shot each other tons of times and have got some interesting stuff that we always seemed to have learned from.

But really there is nothing that seems to bring out the best in a person than having a kid set up a Hassleblad on a tripod and begin directing the portrait. Amidst all of the shooting of the Echolilia project Eli has embraced the Hassleblad 501c, uses it with a Poloroid back and then switches to film for the shot. The succession of rituals is second nature, he never misses a turn of a crank or the insertion of a dark slide. No one in this family cares about the technical stuff. He is the photographer who can make my wife look GREAT and my parents look just wonderful. Above he sees us as this easy breezy happy no stress couple in our sunny home. The body language on Cheri is just what I'd want in the shot. He makes me look at peace with life. 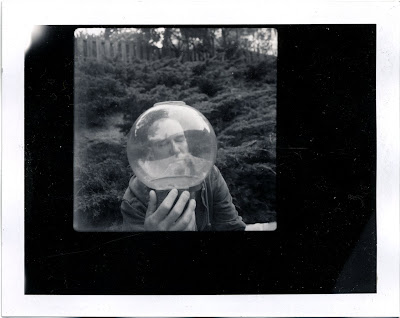 Then above he gets on the Echolilia chanel for a shot we were doing together with the previously seen broken gumball machine. He shot me, I shot him, we messed around and the shot evolved in all ways. I think I like his best...we'll see when the film comes back. 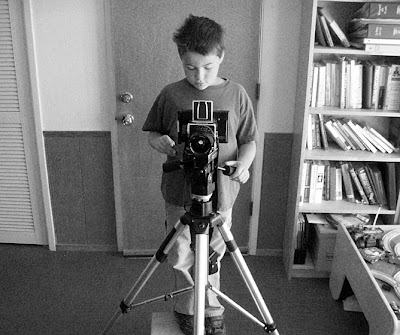 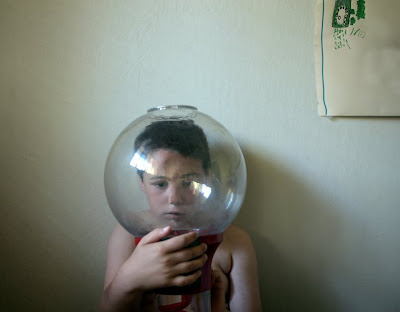 Echolilia is being shot with a Hassleblad and film these days in an attempt to keep it new and fresh for both my son and I. He loves the 'blad: the mechanical wonder, the gears, the rituals, the dark slide and all that goes with making a photograph. He thinks the images we get are beautiful, which they are. Myself, I think they are just too emotionally messy and soft when shot on film.
m
There really is nothing as cold and calculated, as clearly un-emotional as the image a digital camera creates. Like the one above.
Posted by Timothy Archibald at 8:17 PM 14 comments:

It Just Wouldn't Be Christmas 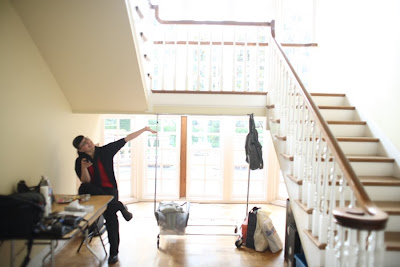 Veronica sets up shop in the stairway 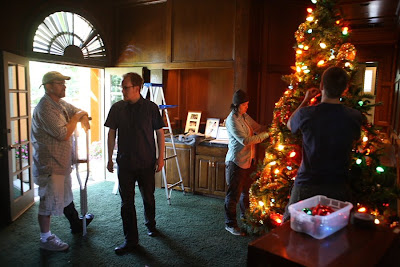 Knox and Nistler debate the pros and cons of the "bank lobby xmas tree" vs. the " thomas kinkade xmas tree " as Amos and Puglsey work on. 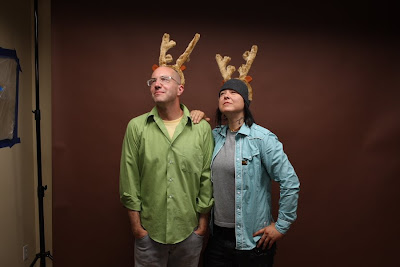 TA and Amos, green and blue on brown.
Posted by Timothy Archibald at 8:55 PM 2 comments: 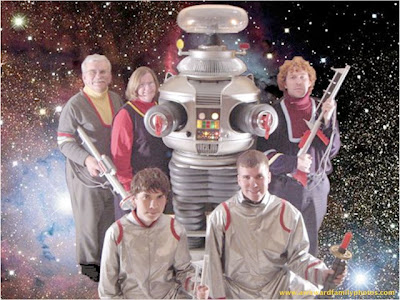 The shoot we are putting together this week is essentially a recreation of a cheesey holiday family snapshot...xmas sweaters and awkward body language all in full effect. I know this site has been getting alot of attention these days but it has been the bible for inspiration as we try to figure out ways to recreate bad taste: Awkward Family Photographs. 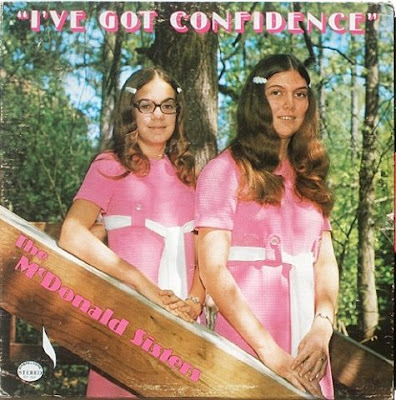 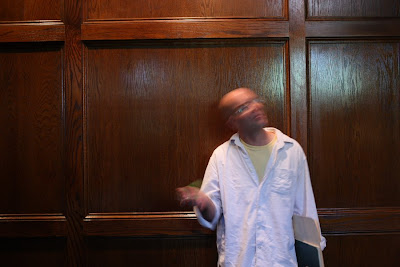 Scouting The Smoking Room for our forthcoming shoot in Sonoma, CA for Duncan Channon. 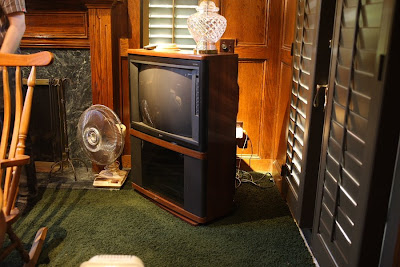 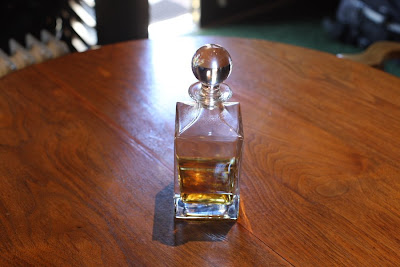 Posted by Timothy Archibald at 11:46 AM 4 comments:

He Thought This Would Be Funny My son wanted me to shoot this, he thought it would be really funny.
m
He understood that this appeared to demonstrate illegal behavior and felt it best not to have the local lab see it on film.
m
My wife felt it was a bad idea.
m
I admitted to my son that is was funny but did encourage behavior we didn't condone.
m
The arguement that won was his: he felt that if done correctly, the audience would know it was a joke.
Posted by Timothy Archibald at 12:24 PM 7 comments: 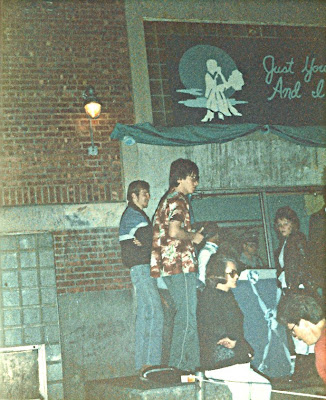