When your crew hits the stores the day after Thanksgiving to get the clothing, props, and gear for your shoot, you know you have something to be thankful for. Either that or you are insane to think you can pull off a shoot at that time. Which is it? I dunno, but I certainly was thankful for having the dream team on my side for the Monster.com project shot here in SF for Atmosphere BBDO. 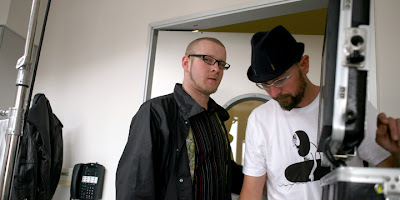 Cyrus Vantoch-Wood, DJ, Creative Director, friend of Banksy (?!?!) and all around Englishman flew in from NY that weekend to direct this beast of a campaign. Wow...I feel like I'm in the film 24 Hour Party People for a moment here as Cyrus walks into the motor home. And then...is it true? We hired soap star Ryan Preimesberger from The Young and The Restless to play the lead in our first shot. Ryan needed to play the role of an arrogant child of privilege...and he inhabited that role and made it his own. He delivered the goods...and then some. 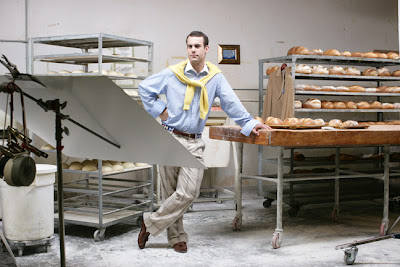 And the team: Shannon Amos, Micah Bishop, Veronica Sjoen of Artist Untied, Erich Morton and Jonas Olsson assisting, and killer producer Kara Snider. It was all documented via photos and videotape by photographer Suzy Poling. Everything was held together by zen master Mark Gordon of G10 Capture. 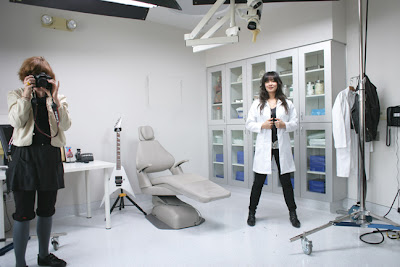 Lots of pics from the adventure above and below...

Posted by Timothy Archibald at 9:37 AM

You sir just got yourself into the cockrocking hall of fame! Congrats!