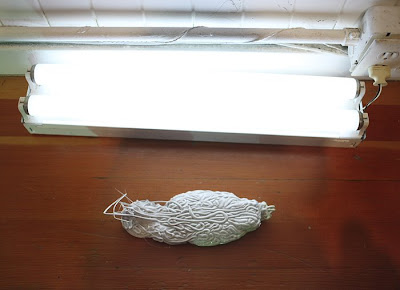 It had been a grim week: there was the sugar high of the election followed by the harsh realities of the terrible economy and massive lay offs in the publishing industry. I'm escapist by nature, but every time I picked up the phone some photographer friend had something terrible to report. The mix of art and commerce that exists with commercial photography can so often leave a bad taste in one's mouth. Sometimes you wish you never tried to combine the two. But you did try and they behaved like oil and water: they are mixed together, they stand on their own, but you can never separate them.
m
Friday night the domestic gods smiled and let me escape to Object Agency, the Southern Exposure open house event put on by artists-in-residence Kamau Patton and Suzy Poling. Poling is a bud and she warned me this evening would be something...um...unprecedented: Archibald, please try to be there and please have your camera...this is going to be a freak out. 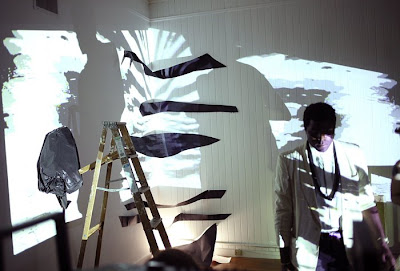 m
What did transpire was the antidote to the week's darkness: there is nothing as liberating as witnessing artists explore before your eyes and deliver the goods live. It is the art for art's sake, the stuff that is far away from commercial concerns, that can clean your slate and leave you inspired. One could sit there in the audience and take it all in, transported to a place where the previously mentioned oil and water were never combined. 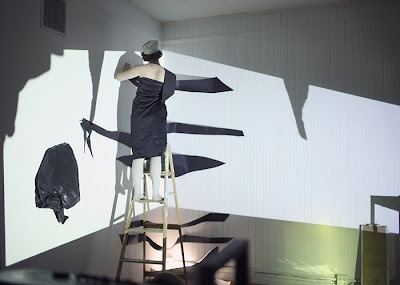 all images from Object Agency by Patton and Poling at Southern Exposure, San Francisco, CA
Posted by Timothy Archibald at 7:04 PM