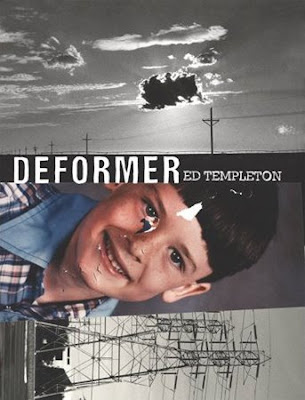 Deformer by Ed Templeton
As the year comes to a close and people's best-of lists come out, I'm sure some massive Robert Polidori over sized tome will be on the top of the lists, or something serious by Burtynsky, all of these books trying so hard to save the world...I just can't get off on them. Best book of 2008 came in last night : Deformer by Ed Templeton.
m 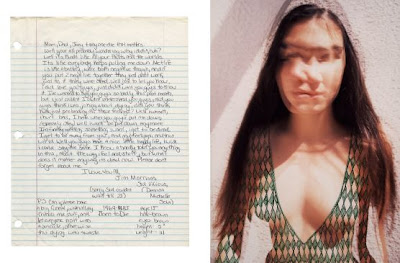 The book has the size and feel of a high school yearbook. Templeton was born in 1972 in Orange County, raised by his grandparents, and met his wife Deanna seemingly when they were in high school. This is their story, seen thru Templeton's eyes, in words, pictures, report cards, hand written notes, and ephemera. The style owes a lot to Larry Clark, Jim Goldberg, the collage/mixed media journal style used by others but fits in comfortably in E.T.'s hands. 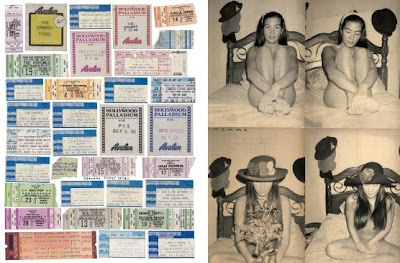 What I love about this book is that it isn't tragic, it isn't sad, nothing major really happens...it is just an intimate view into the life of two people. With it's view into the micro, it becomes universal. By the end of the book, seemingly by osmosis, you feel you know these two people and are entwined in their lives. A random photograph...of say, a kid hitting a pinata, takes on the feeling of a major metaphor. Inspired editing and design allow all of these elements to mix together and speak.
Buy it HERE.
Posted by Timothy Archibald at 8:25 AM

It looks awesome. I love this kind of work. Thanks for pointing it out.

I'm a big fan of photog Jonathan Saunders' journals ( the "iliketotellstories guy ), and I thought when looking at this that if he did a book, this is the shape it would take...with a similar result: entry into the author's cells and saliva, brain and bones.

so your schenectady post disappeared. is it something i said?

Yeah, for sure. I thru up that Schenectady post trying to put up two historical photographs and one wouldn't work, and then people started to comment on it before I was done, thinking it was some type of dada-ist statement or something. I tried to roll with it, and then I realized it was just a lame post that I was trying to cover up.
I then pulled it and wrote about this book, it all felt better after that.

k, thanks T.A.
the book looks cool, will check it out.

All good, why don't you tell us your name?

Every time I see Ed Templeton's name, I still think ollie impossible frontside bluntslide on a painted curb. I think the curb was red. 1991, maybe? Such a sick, sick trick at that time.