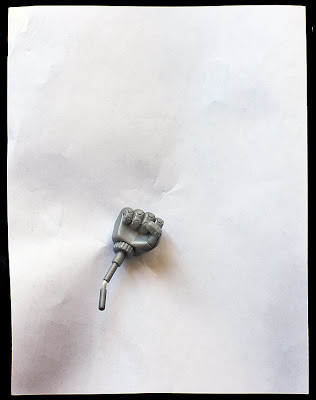 Posted by Timothy Archibald at 2:35 PM

what I mean by that, is:

• the photo is retro-futuristic. Like punching a locker in a coming-of-age film, but a decade prior

• it is visual foreshadowing—all the emotion without the consequences...

•  that and of course the robot detachment

Nice shot Timothy, ’tis one of my faves.

Hi Stephen-
Yah, thats more like it...we want to create a dialogue here and try to understand why we like and dislike stuff.

I was having trouble trying to figure out how to get stuff done on this project and my friend thomas broening suggested I try to do something every day: a scan, a photo, an object, a note, whatever comes along, just try to reach into the river once a day and grab something. Some of it will not be good, but it'll keep the excercise active and help to keep the radar tuned....and then just deal with the edit later.

I tried that a week or so back and it was fruitfull. I'm trying this week as well ( tho not posting every day ), and it'll be interesting to see what comes of it.

Oh, but the point of that was that the fist had been hanging around the house for months. I needed something for that day so I tried stuff with Eli, with his hands and the thing, and just the thing...and I liked the thing on its own. Sometimes its like going to work, you just gotta show up and see what happens.