Q & A With Myself 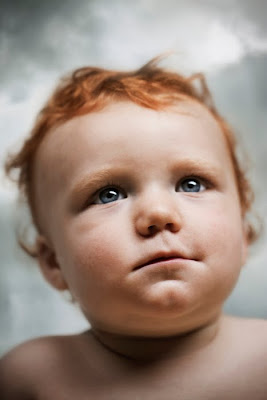 Q: Sometimes. That shot you did in the dirty garage was a good one. That had the wow factor. The other one you did on the pinball machine...that was just boring, don't you think?

A: Yeah...I guess you're right. The baby was intense but I didn't know what to do with it, so I kind of made some rash decisions there. Gotta try, ya know?

Q: Yes, but you don't need to show us everything...keep some stuff to yourself...

A: I hear ya, I'll try. A friend thought people were wired to be fascinated with babies in the same way guys are wired to stare at hot girls...its like instinct. I thought he was right, so I'm trying to tap into some of that instinct here. I want people to be driven to look at my photographs! And shooting these kids is like hunting...you just get what you get. I can't really tell them to lay down their defenses, open up to me, do some method acting with me...its just like you grab what you can. The alpha battles of the photo shoot are gone. And that...can really be exciting.

Q: So what is next? Kittens?

A: Oh, that would be great. 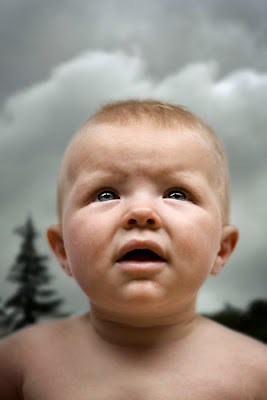 Babes In The Woods : Outtakes From The Infant Cognition And Language Lab, UC Berkeley
Posted by Timothy Archibald at 9:51 AM

love. great Q and A with yourself. Their huge eyes are so much more intense than any adult eyes. Showing the world not from the perspective of an adult, but of the baby is also amazing as is capturing them in very peculiar places. love your work!

it's pretty much a win/win.

Tim, shouldn't you be leaving your comments, too?
Anyway, let's have lunch soon.

Our brains are programmed to be protective of young critters, which we perceive as cute and helpless.

thanks pals...oh, bart has a baby now, everybody is thinking this procreation thing is so kewl...