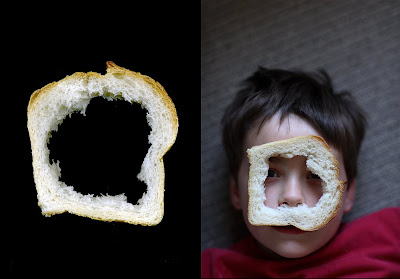 So, what is with the scanner?

TA: I guess I'm trying to find a way to show the stuff of my life in the most un emotional, objective, clean documentative way that I can. I want to be able to look at this stuff, with one less decision in the mix. Do you like it?

Hmmm, well, it gets a bit tiresome, it starts to look like a gimmick, but I'll accept it, see where it goes.

TA: Cool. Then, this other thing is that all my friends are telling me I should be shooting this on film. I was all into going in that direction...I wanted these things to look beautiful as well, thus film, but then someone came over my place the other day and she showed me this project by Ari Marcopoulos, and she said that his whole thing was not elitist: he wanted to only make images that could be processed by Walgreens or something like that. His project was his family, his 2 boys, so now...I'm back to embracing the digital, the scanner, stickers, lick-on-tattoos, etc.

I see. Talking yourself into the lazy way out, huh?

whoever you had this conversation with is an idiot.... they must be a photographer who only shoots for advertising or magazines, or they use big cameras to make bad 'art' pictures, either way, they sound like someone deeply lost, not someone who felt the need to make something interesting to communicate something with someone else.

great tools don't equal great 'art'. they are talking you into their own laziness, not yours, because they see your path to worthwhile results as too 'easy.' scan away. hard to make does not = making things interesting, just cause it's 'easy' doesn't mean it doesn't work.

focus on results. trust yourself. stop micro managing everything you do through everyone you know.

Wow...that was a super insightfull paragraph. Most interesting thing I've read in months. I love it when someone kicks my ass: it hurts but I learn something.

Thanks Anonymous. Anyone else care to chime in?

I guess my fear is that some of these pictures of your son are starting to take on some of the negative characteristics of Ballen. When the images are working best I get the sense that you are observing this underly unique child while he goes about finding out what interests him. When they are less sucessful there is too much of you and I feel like you are driving the process. Jump in the back seat and let him take the wheel.

Yah, makes sense for sure. Thanks for the input, well stated.

I take it you are referring to Roger Ballen? Http://www.rogerballen.com

99% of viewers who don't know how into ballen you are or are your best friend, probably wouldn't make that connection.

make your scans, make your pictures. you cannot escape your influences, just push past them till they are someting else.

Nice, Anonymous, I hear ya.

I do think Anonymous' last comment
"stop micromanaging everything you do thru everyone you know" could be really apply to everyone in every walk of life.

Thanks for reaching out again and again....

My point was not that you were ripping off ballen but that your series took the worst of him. The expoitation, coldness and meanspiritedness (too harsh but u get the idea)

Who is this annonymous? WTF!

This is all good stuff. Love debating Roger Ballen with friends and anonymous friends while I'm eating shreaded wheat in the morning. Keep it coming, please.