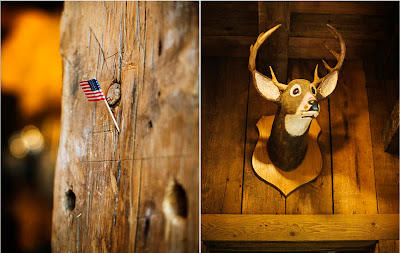 I met Kreg Holt in NYC around 2000- 2001. Great photographer with a curious and soulfull way of finding quiet moments with photography. Not in the traditional way...really in his own way. View his site and you'll see what I'm refering to. I got this note and photo from him this morning:

I cleaned the car this morning, did a real good job too. I vacuumed it all out (Mom, you would be proud), cleaned the floor mats, and ran it through the car wash. We were going to drive 2 hours up to CT so I wanted to get some of the dirt out from all the plants and garden supplies that had exploded in the back seat. I drove back home and ran inside to get Kate. As I got out of the car I realized my camera and wallet were in the back seat, but I would just be quick. As I'm heading back out I hear the sound of breaking glass and see a guy putting things into his backpack and walking off. Another blond haired kid is out there on the phone, calling 911 and pointing to the dude I saw and saying that he had just broken into my car. He was only 30ft. down the sidewalk, so I followed him and when I asked him what was up, he told me that another guy had done it, and that we should run after him. We ran together around the corner, it was then that I noticed his hand was bleeding. I kept acting like I was looking around for the guy we were chasing but as we got to the corner of Havemeyer St. and Grand Ave. I thanked the guy for his help and asked if I could just see in his backpack for piece of mind. He said, "no problem" but kept walking, all the while I see Kate about 50 ft. behind us on the phone with the police. He then tried to act like he again saw the guy that broke into my car so we started running after him again up Havemeyer St. I think he was trying to get away from me, because he was straining to run, but I was right behind. As we got to South 2nd I started to tell him that if he just gave me my camera that everything would be cool. He was still trying to act like he didn't have it, but eventually he reluctantly handed the camera over. I looked quick to make sure the camera was ok, and kept following him, asking him for my wallet. He said that he didn't have my wallet and that we were "cool" because I had my camera. I told him "It doesn't work like that" and kept following up to South 3rd where the police came speeding the wrong way up Havemeyer Ave. He tried to run once he saw them but it was no use. I had my camera, so I started taking pictures (see attached photo).
I was kind of busy with the police after that, but Kate was on the street with the crowd that developed and overheard an old timer saying "Is that Chico?"
"Yeah." someone else said.
"What'd he do?"
"He broke into our car." Kate said.
"Ohh", the old timer said "That's what he does.." 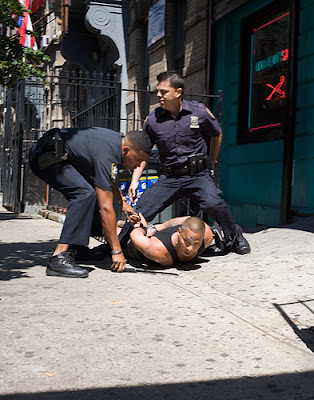 all photographs by kreg holt
Posted by Timothy Archibald at 1:55 PM

Only you Kreg! I am glad you were unharmed. I hope you got your wallet back. As always amazing photos. -The girl with the curly hair