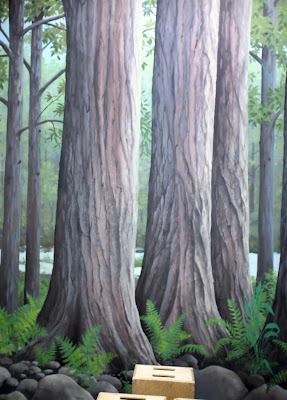 mmmmmmmmmmmmmmmmmmmmmmmmmmmmmmmmmmmmmmmmmmmmmmmmmmmmmmmmmmmmmmmmmmmmmmmmmmmmmmmmmmmmmmmmmmmmmmmmmmmmmmmmmmmmmmmmmmmmmmmmmmmmmmmmmmmmmmmmmmmmmmmmmmmmmmmmmmmmmmmmmmmmmmmmmmmmmmmmmmmmmmmmmmm
I got a call from a photographer friend yesterday. After discussing various things, she brings up a shoot she just completed:
" Yeah, the whole thing ended up being a bloodbath. The photo editor sent me a note saying that she was expecting a more professional photographer or something. She went on to say that the photographs were so unsatisfactory, the magazine will now need to run the story smaller! This ever happen to you? "
A week earlier, we were all taking a lunch break during a relatively involved shoot we rented studio space for. The shoot that day was pretty elaborate for me at least: we had a set built, a model hired, a large surreal prop crafted for the shoot...lots of production for an editorial shot in my world. The model asked if we had ever done a shoot for the magazine previously. I thought for a moment and then felt a little sick:
p
"Oh, for sure. Last shot I did for them worked out so badly that my last conversation with the photo editor involved her screaming at me in a one-sided series of questions, asking me why I so blantantly dis-regarded all her instructions for the shoot. I tried to make peace with her and resolve the situation, but I couldn't engage her once she hung up the phone. That was the first and last time I worked with them"
Screaming. Yelling. I never really got into it...I never really saw the point. Back in the fall I had to shoot a Venture Capitalist who did not like the fact that I was bringing a painting of redwoods into his conference room for him to pose in front of, when real redwoods could be found right outside his parking lot. I explained to his assistant that is just wasn't the same. She dragged me into his office for him to convince me. He yelled for a focused period of 5-7 minutes, directly at me as I sat across from his desk. When he was done, somehow I had won, and he then needed to pose for me in front of this artificial post-modern redwood painted backdrop. He was red faced, flustered, and now, somehow, he had lost the battle and had to pose. Ha!
The more I'm thinking about it, the more blown shoots and catastrophic alpha battles keep popping up....way more than I originally thought I had. Shooting the guy who owns the clothing chain "The Men's Wearhouse" was such a losing battle that I've somehow buried it in my subconscious, though I can remember small details. It started off on a bad foot somehow, with the subject refusing to allow me to take a photograph before he was verbally guaranteed some type of editorial control that he was never going to be granted. Somehow he agreed to allow some exposures to be made, but was hyperventilating so intensely at that point ( with anger? ) that I as unable to really make a proper portrait of him. In a way, he won. I don't think the shoot yielded any usable images.
More are flooding back...I gotta stop for now. It started off as amusing and liberating, and now its just ...well...disappointing for humankind...or maybe its funny, depending on what side you are on. Above are the Redwoods. Enjoy.
Posted by Timothy Archibald at 9:12 PM