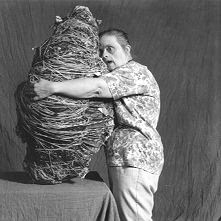 In 1988 I stole an invitation to an exhibit off the wall of the Penn State University Photo Lab. It was a photo that looked like a Sears Photo Studio portrait, but it was done in the subject's home. I think it was of a kid with some trophies, and then there was another shot of a tall, skinny, Native American man, posed shirtless with a gun, in front a a backdrop. Again...it looked like a Sears photo, but had the feeling that the photographer dragged in his gear, set up a backdrop in the subject's kitchen, but then somehow made a truly powerfull photograph. Bill Owens meets Sears Portrait Studio meets Richard Avedon, but the vision was all this photographer's own. I hung that card in every apartment I had after that time, but there was no internet, I didn't know anything about the photographer, just his name: Leon Borensztein. The card was an invitation to an exhibit titled Leon Borensztein: October 11-November 7, 1984, Blue Sky Gallery. This blue photo, below, is a bad reproduction of one of the shots, I just found on the web: 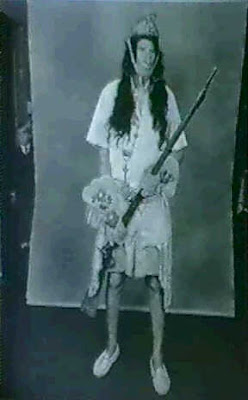 Years later I met a photo dealer in Berkeley, California. She took a look at my work, told me it was essentially not sellable, but then we got into pouring over the prints of that photographer, Leon Borensztein. She pulled out a copy of LIFE magazine that had a giant photo essay Leon did on his daughter. It was like Eugene Smith but way more intimate. I went home, Googled him, and came up with next to nothing.

Then 2005 brought the publication of the book One is Adam, One is Superman: The Artists of Creative Growth by Leon Borensztein. Here Borenszstein creates portraits of artists with emotional, physical and developmental disabilities with their art...but with the same vision ( and maybe even the same backdrop) as the images I saw back in the 80's. The work still looks contemporary and still is as strong as ever. A friend was trying to describe it to me and said " It's got the look and structure of Roger Ballen's work, but it is so very human and so very empathetic. " 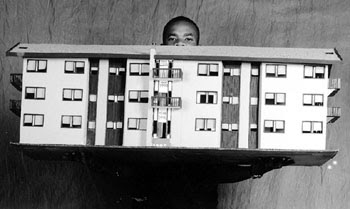 All photos by Leon Borensztein
Posted by Timothy Archibald at 9:42 PM

I really like the photographer´s work, i think is very exciting and entertainment most of all because they usually know too much people and know how to do their better job with every person.
I liked this blog, is very interesting and wonderful.It catched my attention since the first time that i saw it.I feel happy when i reache what i am looking for,like when i buy viagra the result is really great.

Great shots, his work I think is very good.