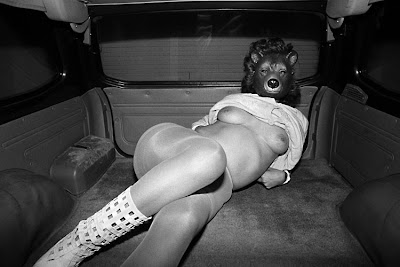 In my mind, Scot Sothern essentially went from nothing to everything in the year 2011. These images from his project Low Life seeped out into the photography blogosphere and people really did not know what to do with them. The photographs were harsh but also intelligent, and the words he wrote displayed a self awareness and honesty that just really couldn't be denied. Of course everyone wanted to see what he looked like...and there he is, at openings, on Facebook, appearing as charming and gentle as one could be.

Photography critic and writer Colin Pantall went from baffled and confused to openly celebrating Sothern's work...after sharing all of his apprehensions in early writings. Myself...I didn't know what to think, but the honesty of Sothern's writing voice drew me in. I couldn't decide if I loved or hated this work, but I knew I wanted to know more and more and more about it...and have more of it.

Sothern knows what makes a great interview...and really no two interviews with him seem redundant. His writing seems to get you into his inner voice, the voice in his head at the time the images were made. His voice in interviews has maturity and some reflection, and he is aware of his audience. In a gesture of brilliance, he finds a way to have his son interview him about the project. More honesty, more gestures that make us question him and get into his head all at the same time. Here his son Austin Wolf-Sothern asks him the question everyone wants to know:

AS: Do you consider the photos exploitative? And if so, is there anything wrong with that?

SS: Yes, I do think they are exploitative and yes, there are things wrong with that. However, in spite of all the wrong things about the pictures, I think there is somehow a greater good that comes from them. If someone looks at a picture and goes, Whoa, that's fucked up, then isn't that a good thing? There are many many whores, all over the world and I don't think any of them are having a very good time. I'd like to help out a little more, but you know, life is tough. Maybe that's just my justification for being a lowlife in the first place. I like to think I can be a lowlife and also be an artist and a pacifist, a leftist and a scofflaw, and yet Pollyannaish and idealistic. A fine upstanding citizen. Exploitation, well I guess that's what it takes to say what I want to say.

A fellow photographer shared a project he was working on with me around the time I found Sothern's work. My friend was photographing prostitutes in Las Vegas: getting the card on the street, calling the number, ordering the prostitute and photographing her in his room. His photographs were polished and stylized, the lighting and the colors all working together for a polished effect of these kind of hard life subjects...it was a great combination of style and content. I told him about Sothern's work, shared a link with him and he reacted viciously: he hated the work and it seemed like he really was repulsed by it. I wondered why he reacted so strongly...and I'll never really know. I do suspect that Sothern's work had this honesty that didn't hide all the lust and attraction he may have felt. There was nothing stylized to hide behind...no hip snappy packaging, everything was raw. I suspected that my friend was having a hard time wrestling with his own attraction/repulsion to his subject and was kind of frightened by Sothern's admittance of everything. The push and pull that Sothern admits to makes me take stock of my own feelings as well.

Why do I love this project? I look at his photographs, read his text, and I simply find it inspiring. Is the idea of this guy facing the struggles of life by running to the comforts of prostitutes inspiring? No, but his honesty totally is. Is the fact that the work was ignored for years, he worked on it in anonymity, and he had the belief in it to find a time when the culture would embrace it inspiring? Absolutely inspiring. Again, Sothern's words from the interview with Austin Wolf-Sothern:

SS: To be honest, I've always loved just about every picture I've taken. Now that I have so many of the images scanned, I like to smoke a little pot and fill the computer screen with my pictures. I'm the same way with my writing. I've always been my biggest fan. How else could I face all the rejections, without knowing they are wrong, I'm right. 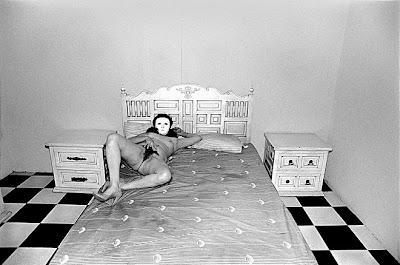 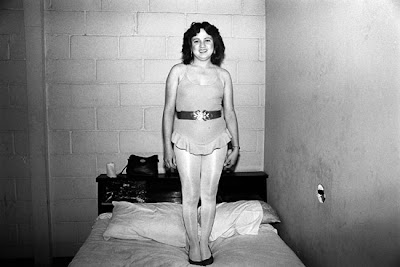 All photographs copyright Scot Sothern.
Posted by Timothy Archibald at 10:24 AM

Labels: creative process, everybodyelse, the luv, the process, words of wisdom from others

(And, by the way, the word verification I need to enter for this comment to be validated is: "flucket.)

I thought I hacked that word verification thing perfectly...off by one letter?

This guy I know once said, "You know how some music can make you want to drive fast and punch things? Why can't pictures do that? I want to take those pictures."

This set of images (and I haven't seen the book yet) is getting close to having that effect. Not out of anger or rage but in celebration of some gritty honesty for f***'s sake. It's about time - and not just the images - his character and responses to questions...

thanks for posting my friend